Here are the expected lineups for Germany vs Netherlands later tonight from Hamburg. The two sides will do battle in a decisive Euro 2020 Group C qualifier.

The starting XI’s appear to be pretty much set in stone- here they are below from two different German newspapers. The German side is made up almost entirely of players from the Bundesliga- Toni Kroos, currently representing Real Madrid, is the only exception (here is the squad that was announced by the DFB). Bayern have only four players in the XI, but have atleast one player in each area of the pitch (goalkeeper, defender, midfielder, forward)

The Netherlands squad will apparently have only three Eredivisie representatives, and all of them from Ajax (Blind, Veltman, Promes) 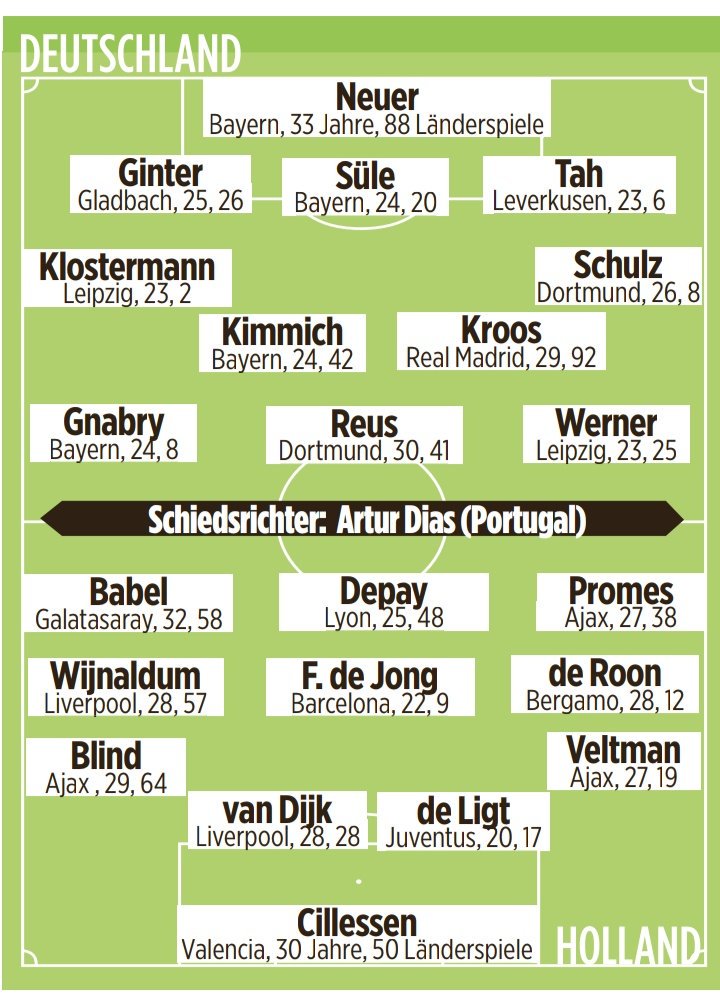 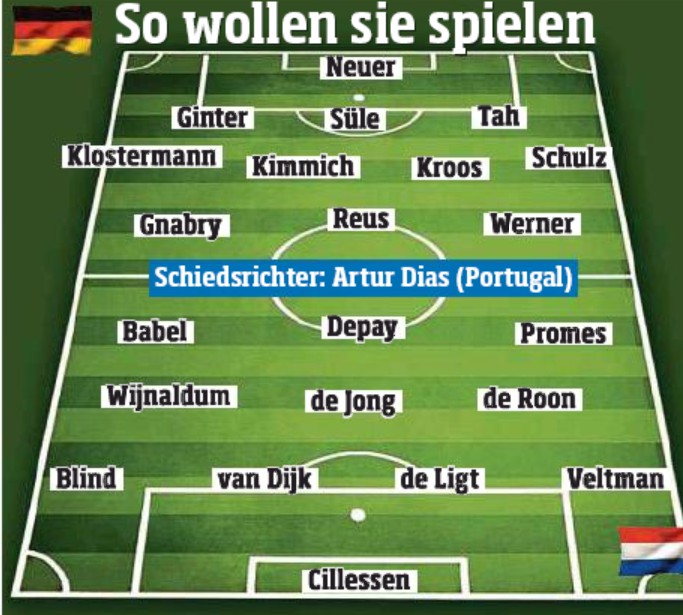