Poland went ahead through Bayern forward Robert Lewandowski’s 32nd minute header and the provider of the assist for the first goal, Hull’s Kamil Grosicki, made it 2:0 for the home side just before half time. 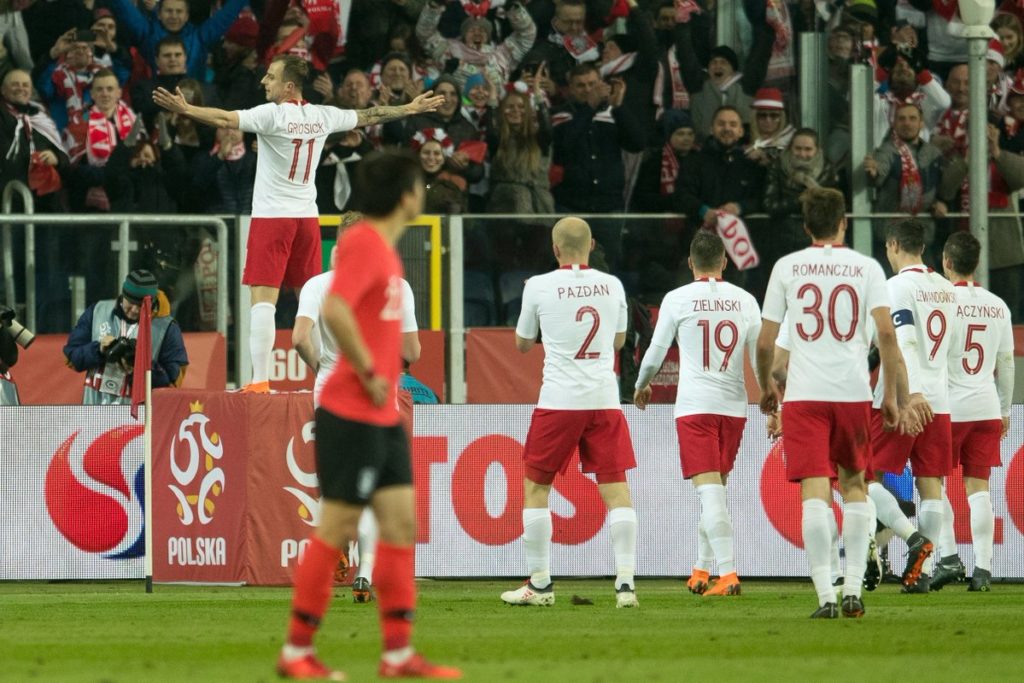 Nawalka’s men appeared to be cruising towards victory but Korea scored twice in as many minutes (85 and 87) to turn the game on its head.

Robert Lewandowski scores a hat-trick as Poland take another step closer to Russia 2018 with a 6:1 win away at Armenia. The Poles will be assured of qualification if Denmark vs Montenegro later today ends in a draw END_OF_DOCUMENT_TOKEN_TO_BE_REPLACED

Here is Lukasz Piszczek’s goal vs Montenegro, a fine goal from the Dortmund star in Poland’s away win in Podgorica. Second goal for the Poles in the game after Lewandowski’s free kick

Great pass from Zielinski and fine finish from Piszczek END_OF_DOCUMENT_TOKEN_TO_BE_REPLACED