Bayern suffered a rare defeat in the Bundesliga as they went down 2:1 to FC Augsburg away from home. Here are the player ratings for Augsburg vs Bayern from Germany’s premier sports paper.

Marcel Sabitzer the poorest of the Bayern players according to Bild, getting a 6. Robert Lewandowski the best of a disappointing bunch at 3, with the rest getting 4’s and 5’s. 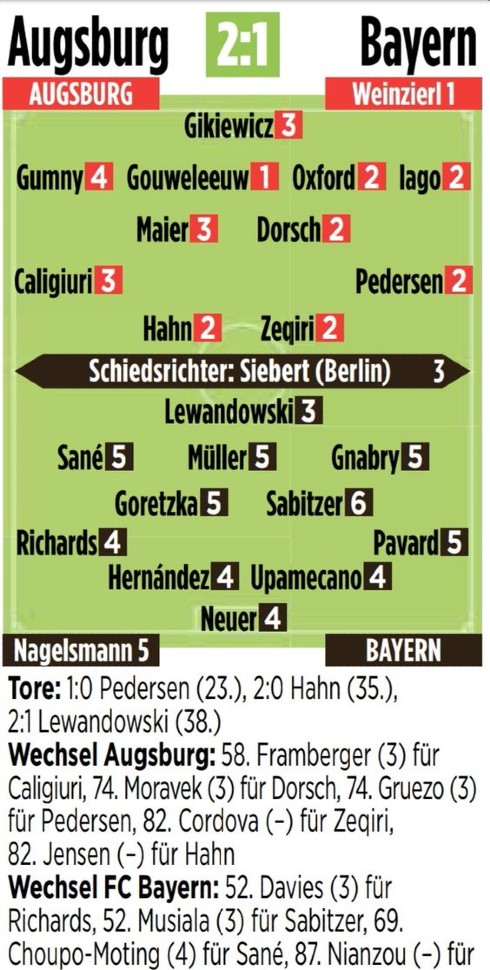 Bayern sealed their spot in the UCL Round of 16 with a fine 5:2 win over SL Benfica, and here is a look at the player ratings for the game.

1 is a good rating and 6 is a bad one, so Sane, Coman and Lewandowski the best performers of the lot. 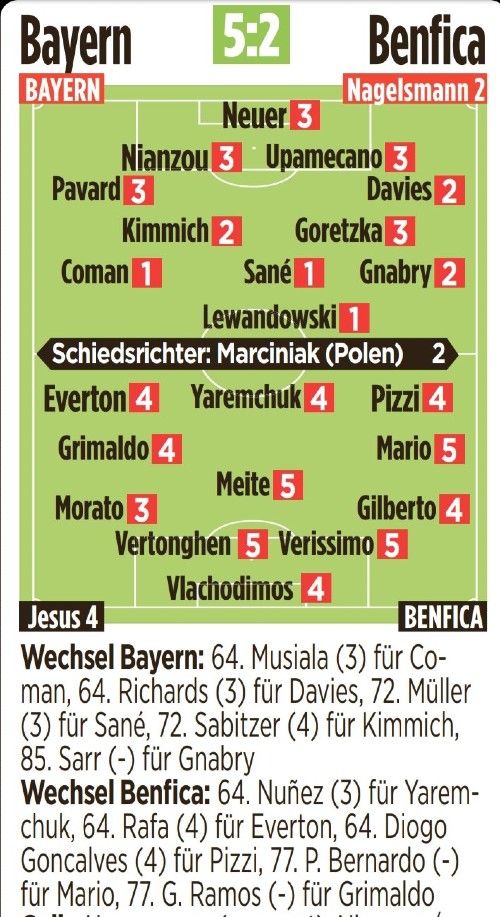