Hertha avenged their 1:0 loss at the hands of Union Berlin earlier this season with a thumping 4:0 victory at the Olympiastadion over their city rivals on Friday evening.

The game was goalless till half time, with Matheus Cunha’s attempted flick the nearest that Hertha came to scoring, but things changed after the interval, with Vedad Ibisevic (51) and Dodi Lukebakio (52) netting within 68 seconds of each other. Cunha (61) added a well taken third, and Derdyck Boyata finished proceedings off with his 77th minute header.

Here are some player ratings from the MoPo newspaper. Ibisevic’s stellar performances earns him a rating of 1, the best among the BSC players, while Lukebakio and Boyata both get a 2.5. Cunha gets a 2.

For Union Berlin, an evening to forget for most of their players. Goalkeeper Gikiwiecz gets a 2.5, with Andrich getting a 3, but the rest are a mix of 4, 4.5 and 5’s, illustrating the away side’s poor performance.

A fairly good evening for referee Osmers, who was rated a 2. 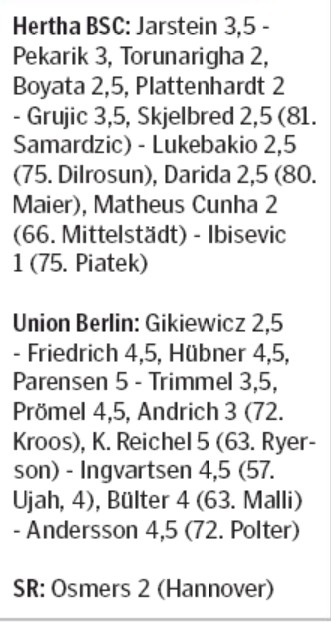 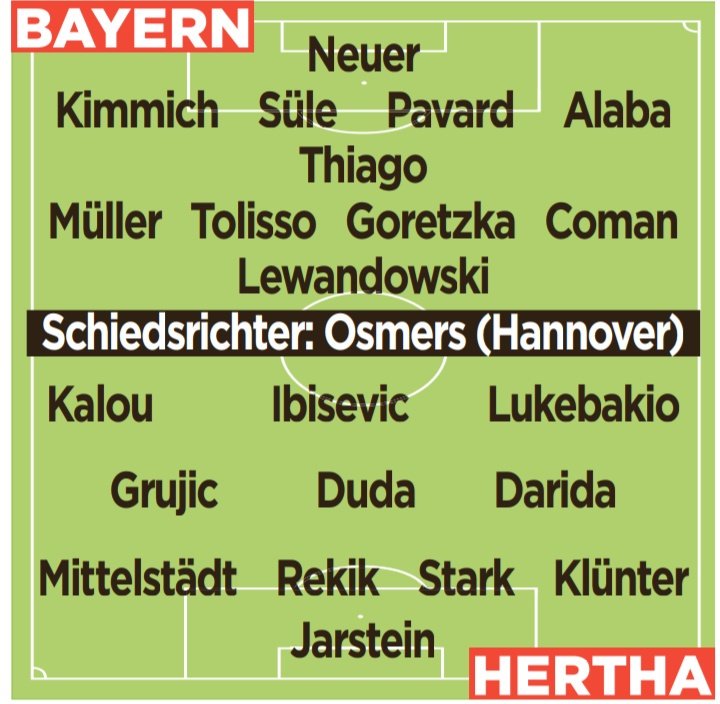 FC Koln have been drawn alongside Arsenal, BATE Borisov and Red Star Belgrade in their Europa League group. Hoffenheim are in Group C alongside Braga, Ludogorets and Istanbul Basaksehir, who lost to Sevilla.

Hertha Berlin are in Group J alongside Athletic Bilbao, Zorya and Ostersund. END_OF_DOCUMENT_TOKEN_TO_BE_REPLACED