Here is a look at the Bild player ratings for Bayern Munich-Wolfsburg 4:0 on December 17, 2021. Thomas Muller the pick of the Bayern players in these ratings. A pretty forgettable evening for Wolfsburg, with 4’s and 5’s in their ratings for the game. 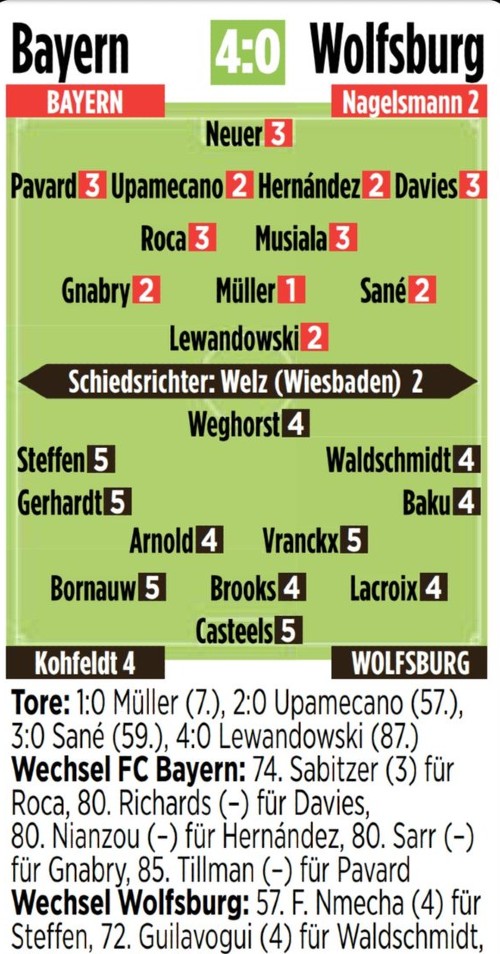 Bruno Labbadia’s first game as Wolfsburg manager saw his side come away with a draw from the OPEL Arena against fellow strugglers Mainz. The visitors had a dream start to the game as Josip Brekalo opened the scoring for them in the sixth minute- his first for the club since his switch from Stuttgart.

William’s cross from the left, perhaps meant for Divock Origi, evaded the Belgian, but landed at the feet of Brekalo, whose first time effort, a weak one was blocked. END_OF_DOCUMENT_TOKEN_TO_BE_REPLACED