Germany may have moved to the top of their group after their 2:0 win over Northern Ireland in Belfast, but the nature of the win did not please the media, with the country’s top paper asking coach Joachim Low why die Mannschaft were playing so poorly. Their ratings also had more than half the team with a 4 or worse- which is “poor” in the German grading system.

The NI players were full of heart, and Germany just about managed to come through with a win- with one goal just after half time, and the other in second half stoppage time. Some would argue that a win is a win, but the nature of the triumph, coupled with the way they capitulated against the Netherlands in Hamburg, means that pressure remains on Low going into the European Championships. 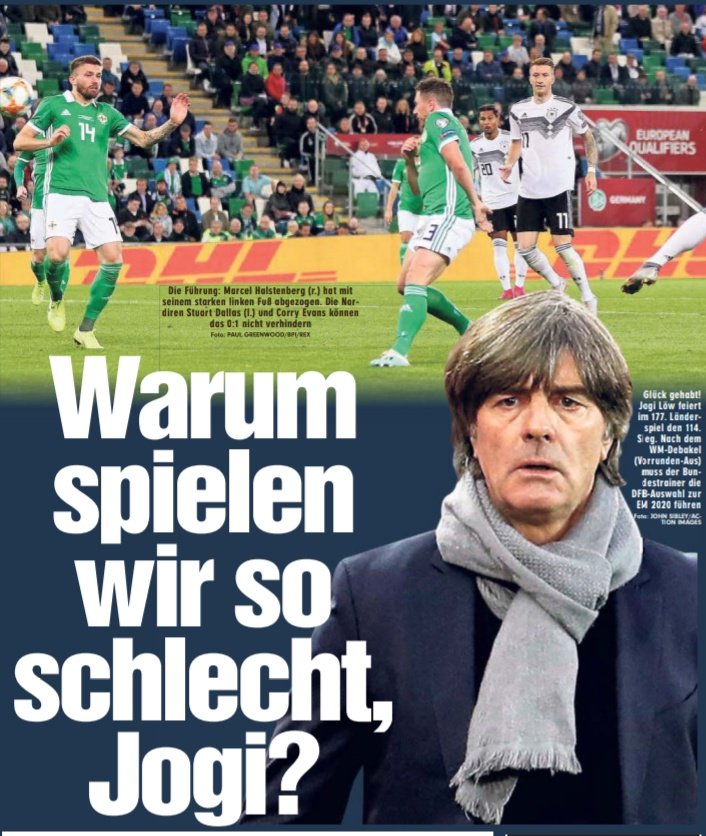