Here is the Bundesliga Team of the Week for MD4 of the 2019/20 season. Leipzig stayed top of the table as they held Bayern Munich to a 1:1 draw, as a result of which the Bavarian giants slipped from 2nd to 4th. There is no Bayern player in either Sportschau’s Team of the Week or Kicker’s TOTW.

Elsewhere, Dortmund’s 4:0 win over Leverkusen saw them take Bayern’s spot in the table. Paderborn slipped into the drop zone as they were beaten 5:1 at home by Schalke.

All 9 games over the weekend produced goals. There were two red cards and both came in the same game- Union Berlin vs Werder Bremen, with Neven Subotic and Nuri Sahin getting sent off towards the end of that fixture. 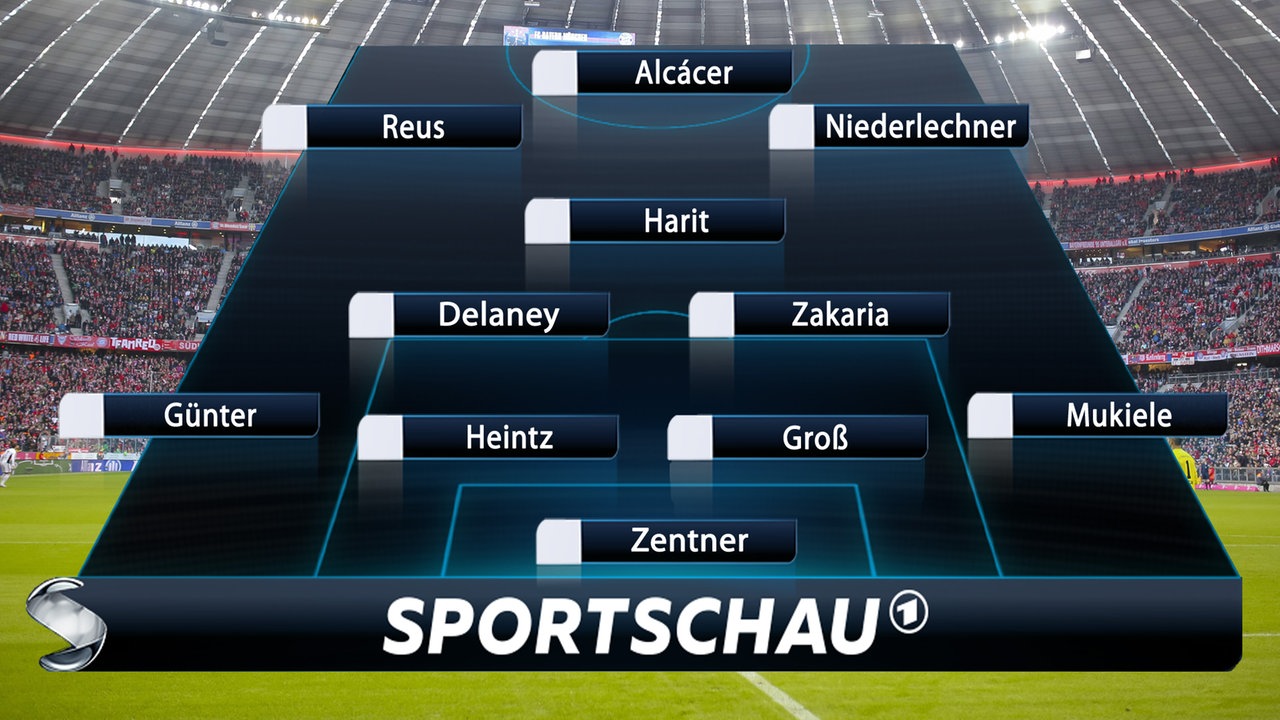 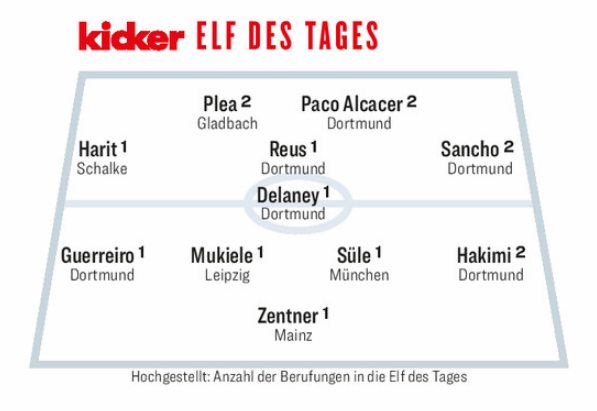