With Leverkusen’s stunning 6:1 demolition of Europa League semi-finalists Eintracht Frankfurt over the weekend, it perhaps comes as no surprise that Bayer 04 dominate this weekend’s Bundesliga Team of the Week. The result saw Leverkusen go level on points with Frankfurt, and stay in the hunt for that final Champions League spot. Frankfurt can still qualify for the CL by winning the Europa League, but that’s a tall order, with Arsenal also potentially wanting to do the same.

Kai Havertz, Julian Brandt and Lucas Alario were all on target for Bayer 04 in that 6:1 win, and they all find themselves mentioned in the TOTW across various media outlets. 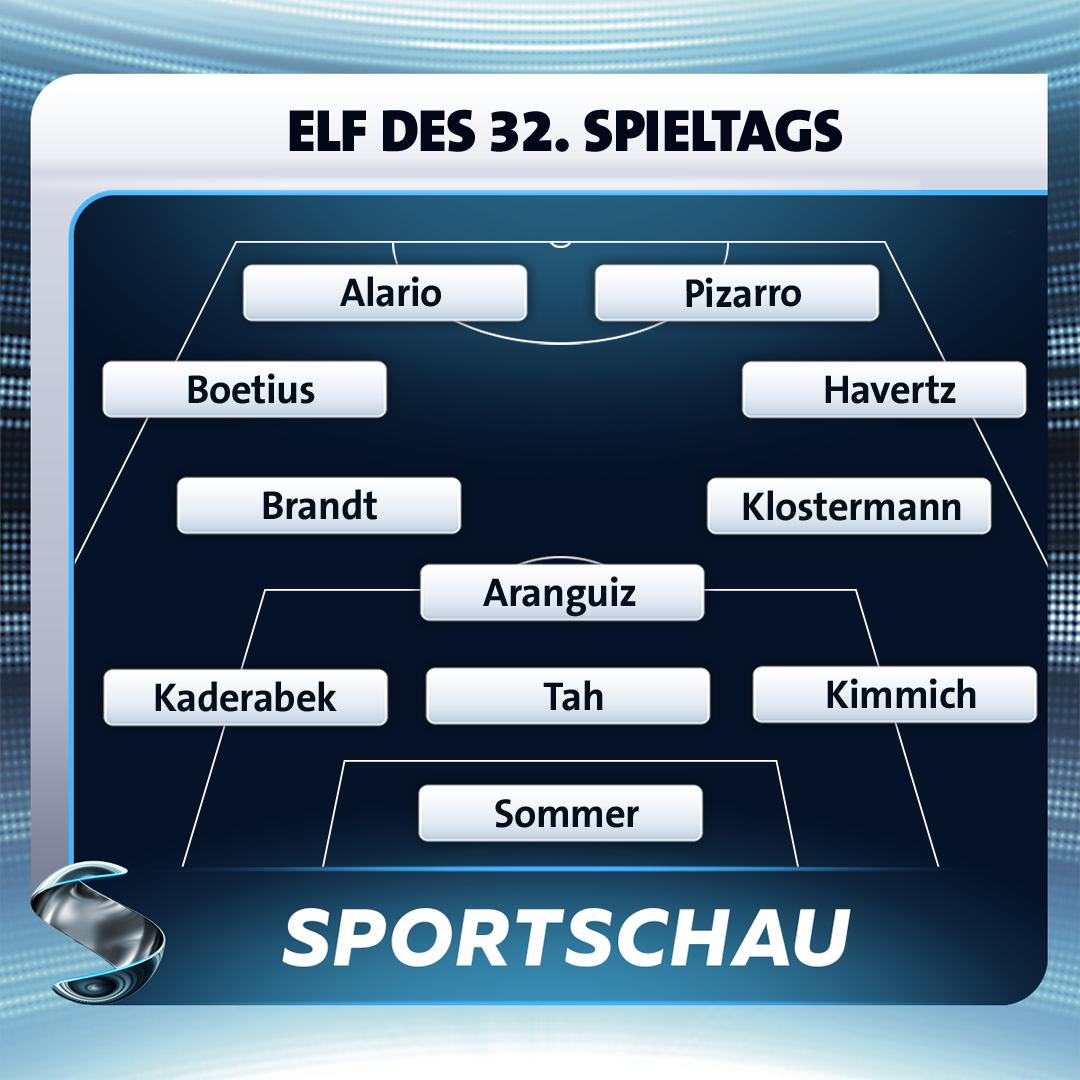 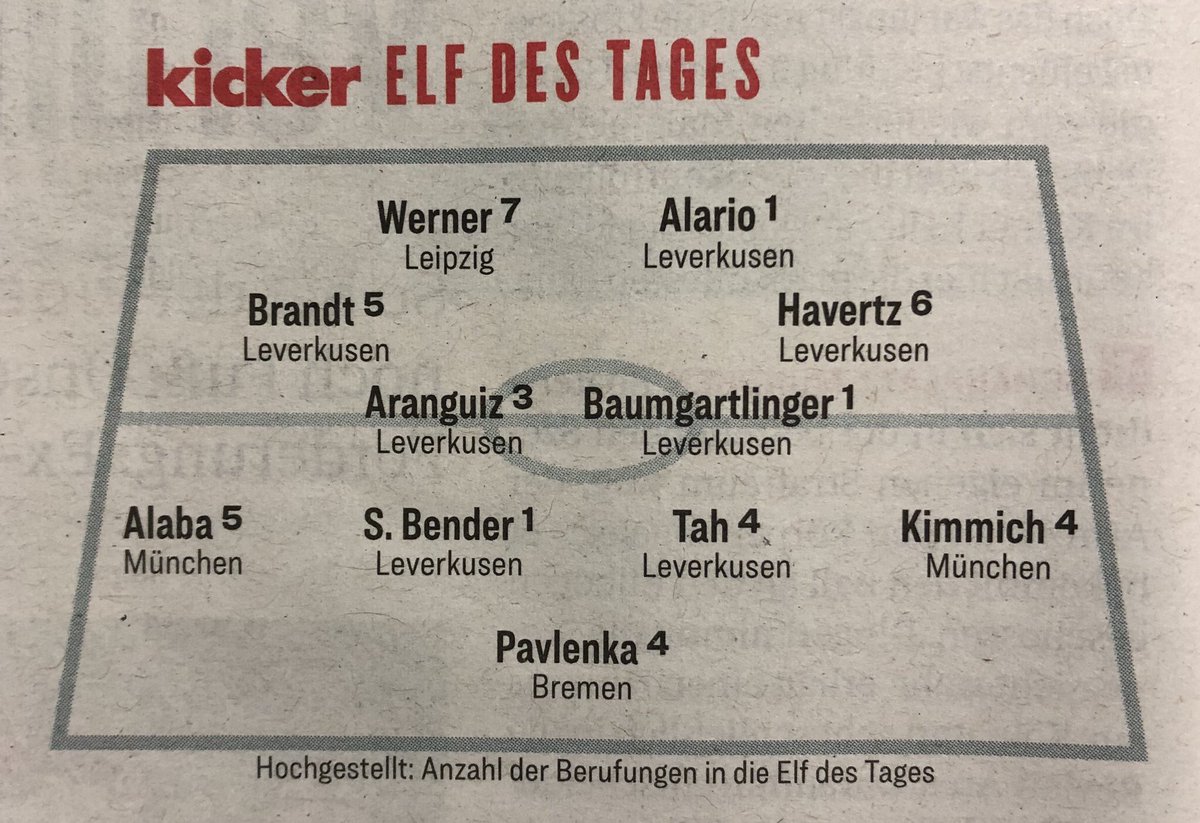 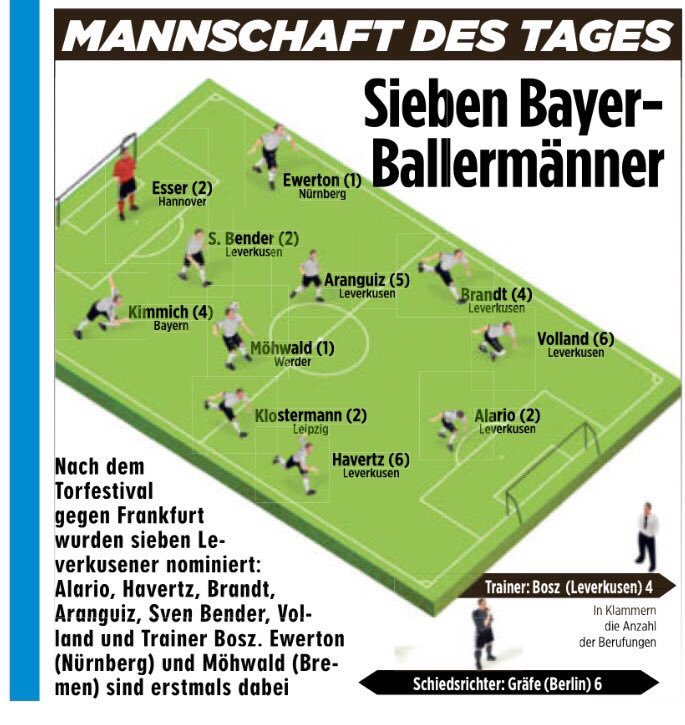