Bayern Munich took a huge step towards the Bundesliga title with their 3:1 GW32 win over Hannover 96 over the weekend. The result, coupled with Dortmund again dropping points, has put Kovac’s men four points clear of BVB with two games to play. Joshua Kimmich was one of the stars for the Bavarians over the weekend, as is reflected in his ratings for the game, and his constant presence across the Bundesliga’s Team of the Week for Round 32.

Hannover’s best player on the afternoon, perhaps unsurprisingly, given their struggles in the league, was their goalkeeper. 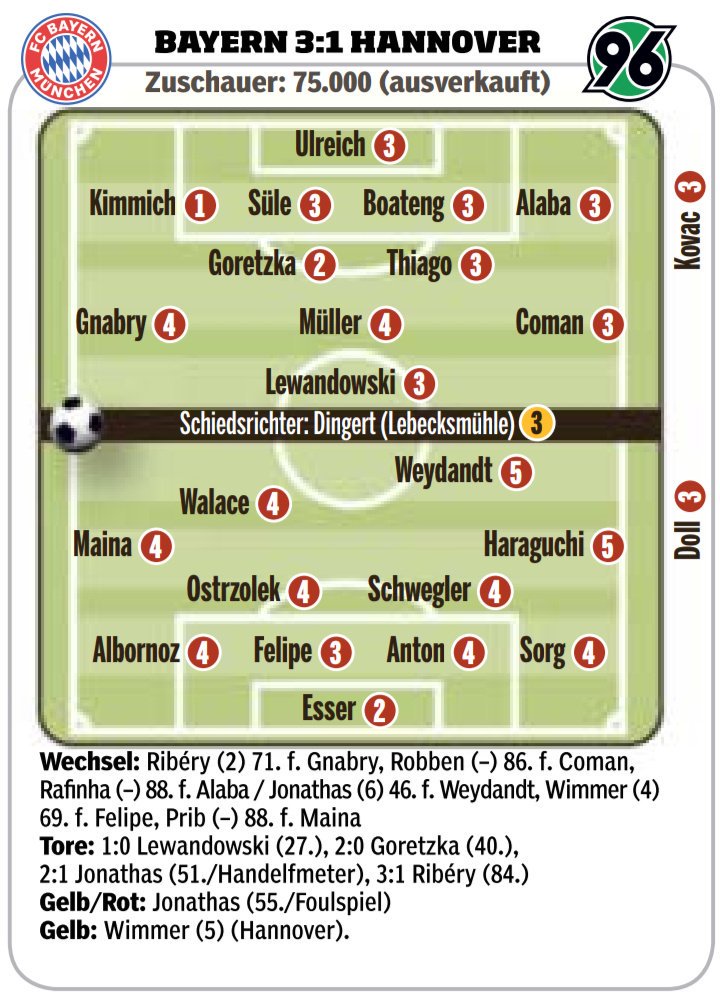