Jhon Cordoba’s fine hat trick last night has seen FC Koln make an instant return to the Bundesliga. Effzeh were relegated at the end of the 2017/18 season, but will be going back as champions- Monday’s 4:0 victory has seen them open an eight point unsurpassable lead over Paderborn with two games to play.

Cordoba scored in the 8th, 41st and 65th minutes of the game. The other goal was an OG from Daniel Steininger. It was pretty much one way traffic- Koln had 20 shots to Furth’s 3, had 62% possession to the home side’s 38, and made over 600 passes in comparison to SGE’s 400. 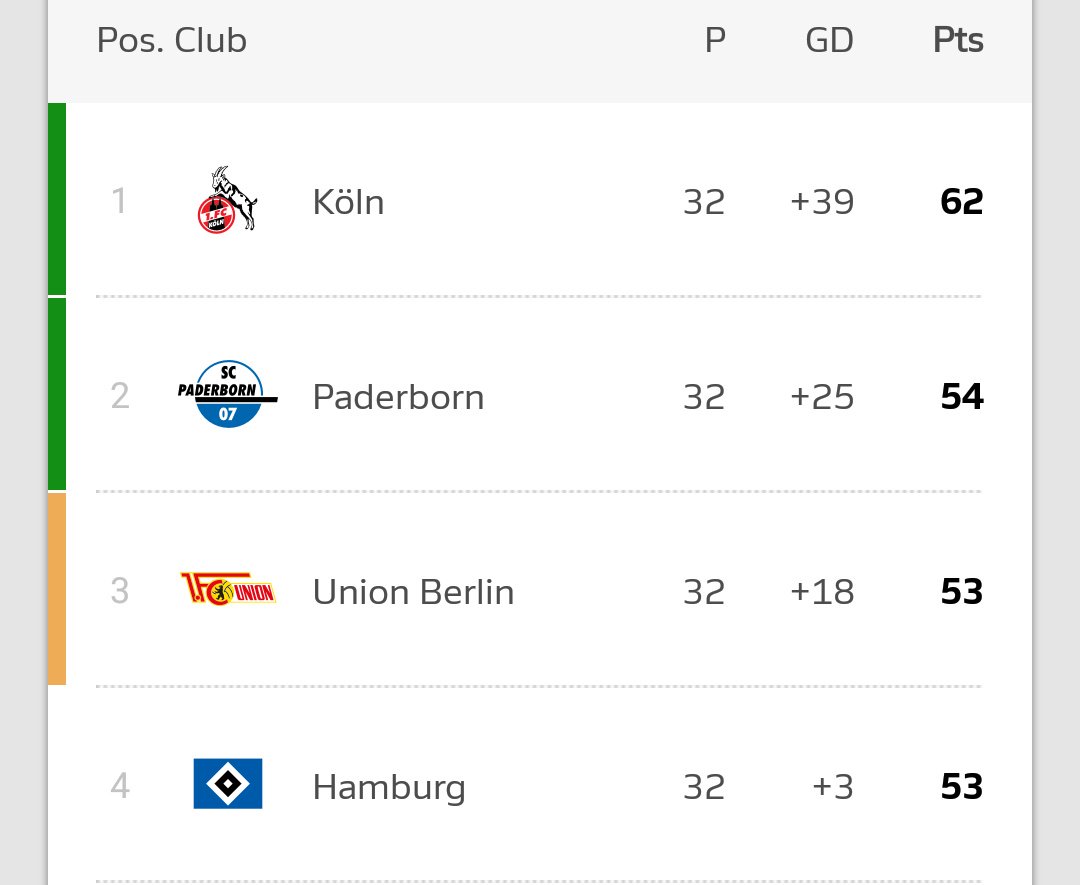