Germany continued their steady progress up as they beat Belarus to make it two wins out of as many games in European qualifying. Die Mannschaft, who had kicked off their campaign with an upset 3:2 win over the Netherlands, saw off Belarus thanks to goals in either half from Leroy Sane (13) and Marco Reus (62). Sane had scored in the opening quarter against the Dutch as well.

Northern Ireland’s 2:1 win over Estonia means that they top the group with a 100% record (3 wins out of 3). The Netherlands didn’t feature in this round of fixtures owing to their participation in the Nations League finals in Portugal.

Germany’s next fixture will be against Estonia in Mainz. Goal scorer Sane, Klostermann, Ginter, Kimmich and Neuer were among the best German players on show at the Borisov Arena. 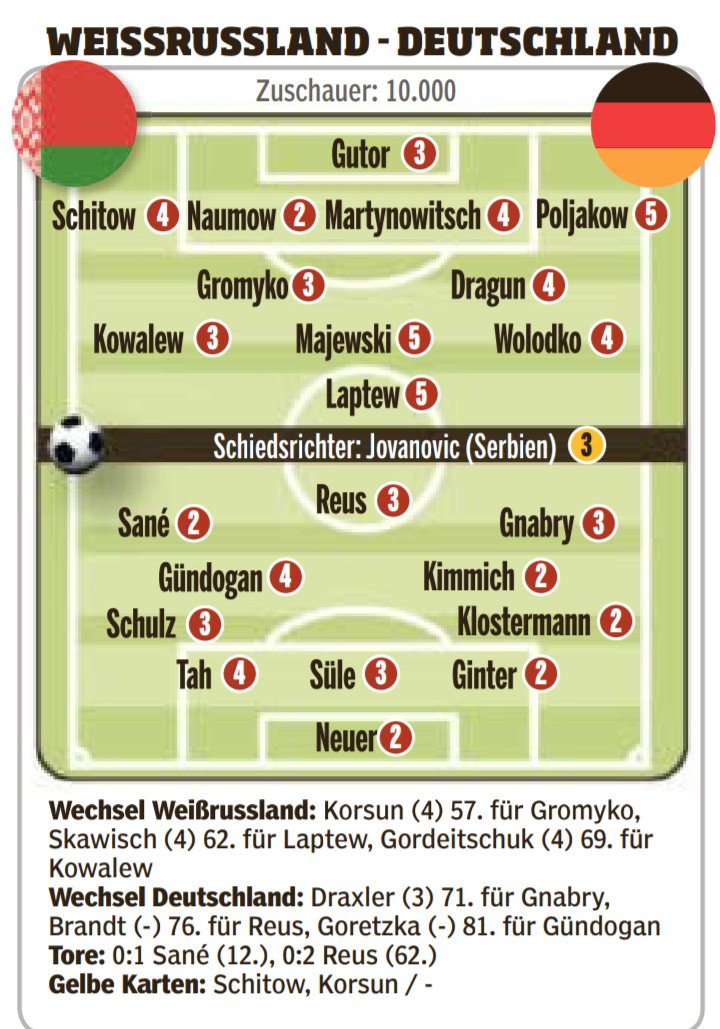