His international career with Germany might be over (hasn’t played since late 2018), but it appears that Thomas Muller has backed the right horse by choosing to tweet his support to the Indian national cricket team ahead of the 2019 World Cup in England.

Ahead of the tournament, Muller took to social media to pose with a cricket bat and an Indian jersey. Indian skipper Virat Kohli had supported Die Mannschaft in previous tournaments and Muller (we’re not sure whether he’s played much cricket), chose to use this opportunity to reciprocate. And judging by the Men in Blue’s start to the tournament, it appears that Muller has picked the right side! 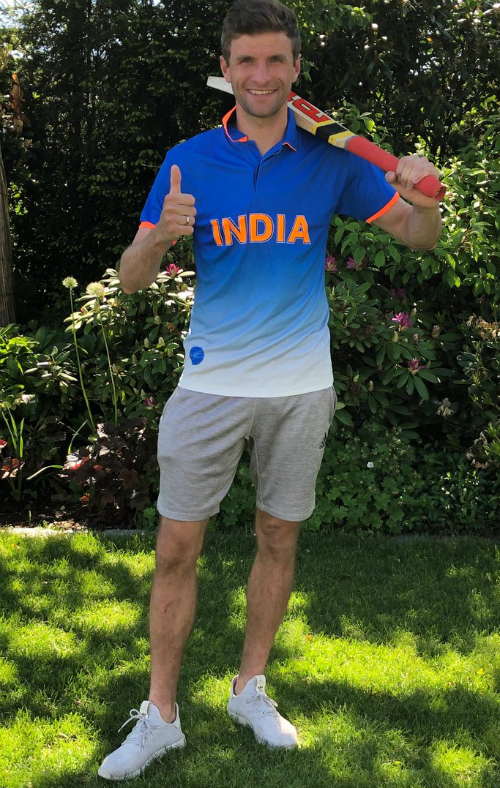 India started the tournament later than the others and had a tricky set of opening fixtures to negotiate- South Africa, Australia, New Zealand and Pakistan, none of which could be said to be a gimme for the two time champions. However they outclassed the Proteas at the Rose Bowl, and followed it up with another convincing display to beat defending champions Australia at the Oval- a fixture that was attended by former Bayern legend and a player Muller would’ve grown up watching- Dietmar Hamann.