Here is how Germany’s biggest sports newspaper (Bild) and magazine (Kicker) expect Die Mannschaft to lineup in their World Cup opener against Japan later this afternoon. Five Bayern players expected in Germany’s starting XI against Japan according to Bild- Neuer, Kimmich, Gnabry, Musiala and Muller. Kicker have Sane starting instead of Muller. 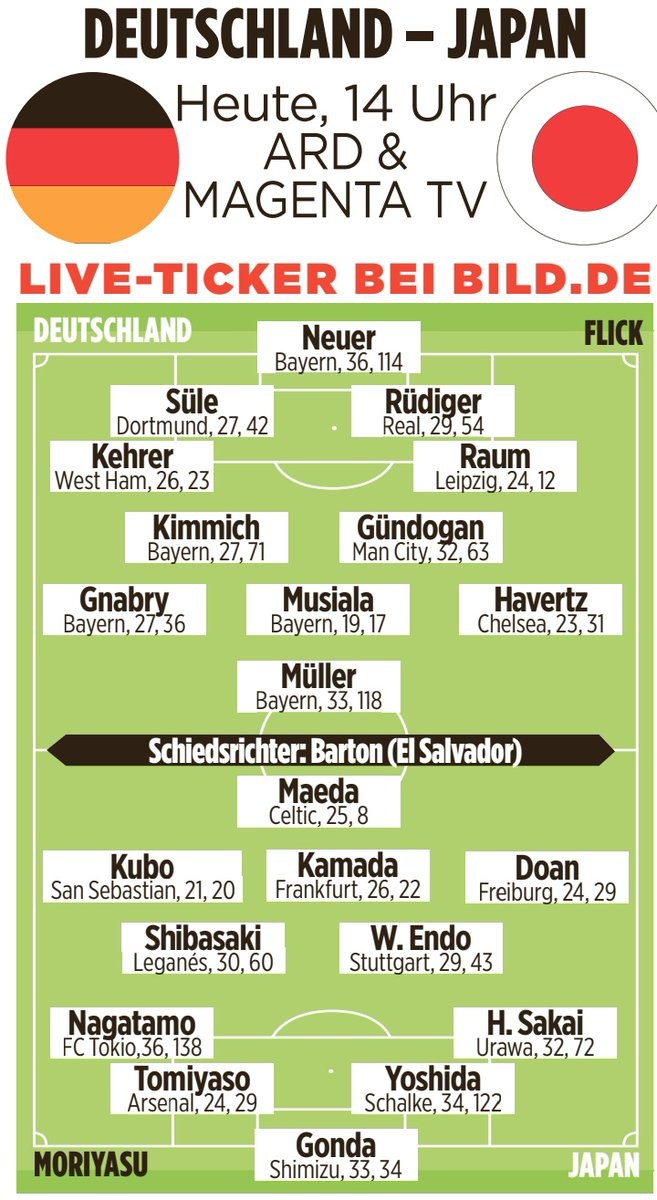 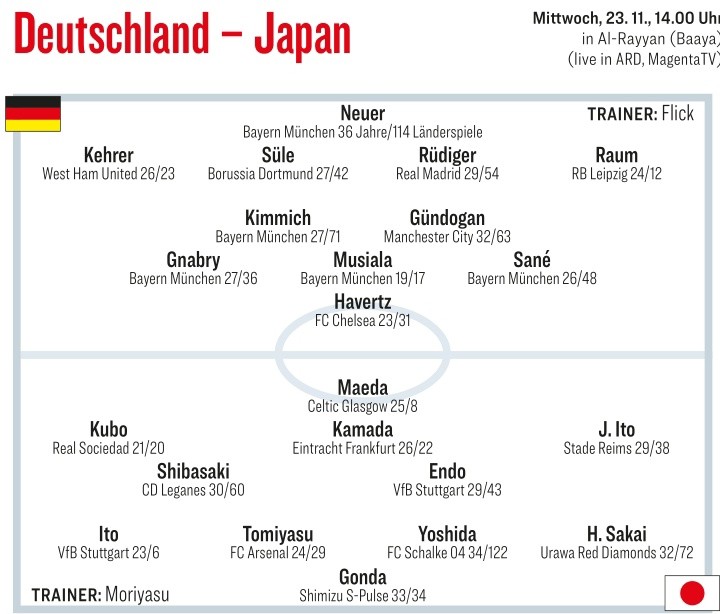 All four German sides involved in the group stages of the Champions League- Bayern, BVB, Frankfurt and Leipzig, have progressed to the Round of 16 of the competition. The draw for the Ro16 will be made on Monday.

Bayern were of course the most impressive, winning all six in their group (also had FCB, Inter and Plzen). Leipzig and Man City had both confirmed qualification before the final matchday, finishing runners up in their groups behind Real Madrid and Man City.

Few had expected Eintracht to qualify, but their 2:1 win over Sporting away from home saw them grab second place in Group D behind Tottenham Hotspur. 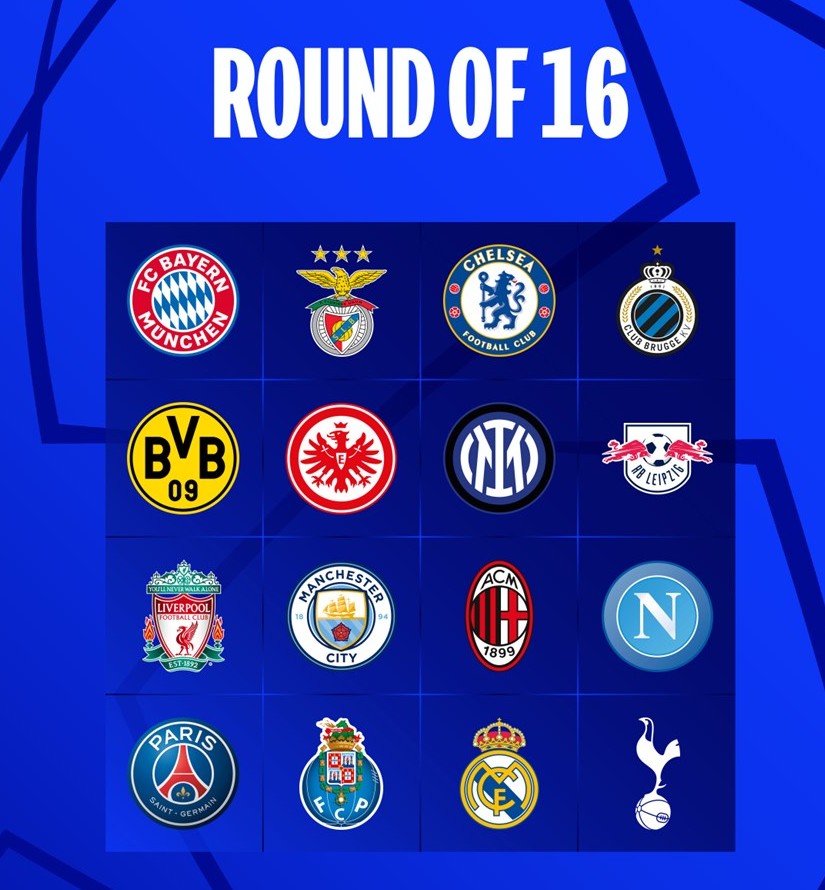 Here is a look at how Round 12 of the Bundesliga went. The first five games of the round all went the way of the home side- it took Dortmund to break that duck with a 2:1 triumph away at Freiburg. Only one of the nine games ended in a draw- the last game of the match week between Koln and Hoffenheim. 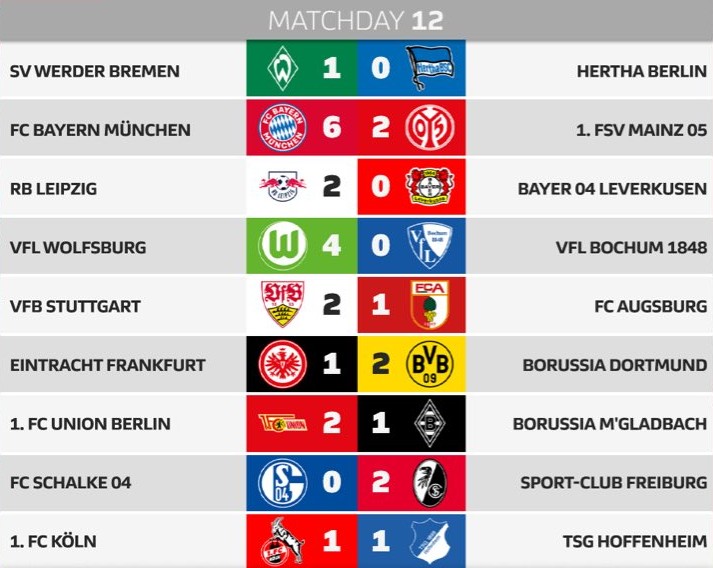