Bayern suffered a shock 5-0 loss to Borussia Monchengladbach in the German Cup last evening. It was effectively a full strength Bayern team that suffered a chastening defeat in the Pokal, and here is Bild’s front page reaction “Ja, est is wirklich wahr”, meaning “Yes, it is really true”!

Many would’ve seen the scoreline and assumed that it was Bayern who had dealt out the thrashing to BMG, not them to be on the receiving end of it!

Embolo and Bensebaini scored two goals each, but neither were able to add a third- meaning the list of hat tricks conceded by Manuel Neuer remained the same. 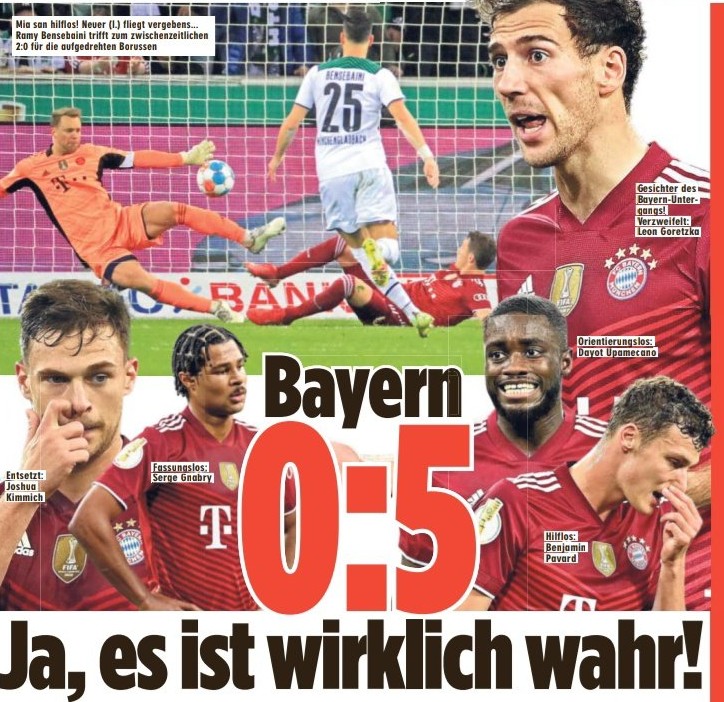