Borussia Dortmund will be looking to make it five wins in succession when they take on leaders Bayern Munich at the Allianz Arena this weekend.

New coach Edin Terzic has engineered a turnaround of sorts for BVB, who come into this game having beaten Sevilla in the Champions League, Borussia Monchengladbach in the DfB Pokal and Schalke and Bielefeld in the league. Dortmund are three behind Eintracht Frankfurt, who currently hold the last CL qualification spot. 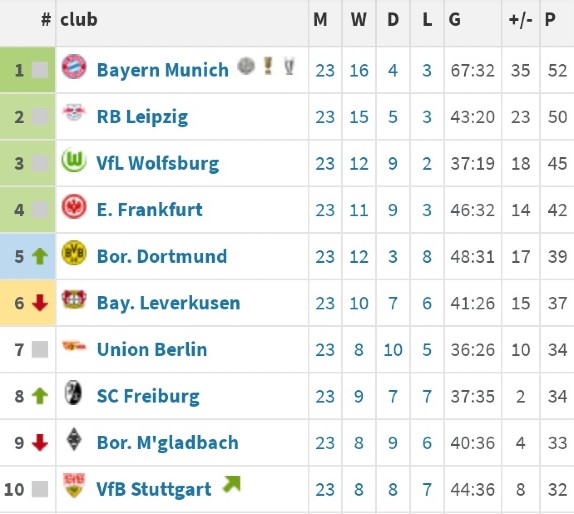 In the same period, Bayern had some mixed results- a 3:3 draw against Bielefeld (who were beaten by Dortmund) and an away loss to Eintracht Frankfurt. That has seen the Bavarians’ lead at the top of the table cut to just two points, and we could have a new league leader at the end of this Matchday if Bayern lose Der Klassiker and Leipzig prevail in their clash away at Freiburg. The SCF-Leipzig clash also takes place before the Bayern-BVB one, which means Bayern could have temporarily lost their spot at the top by the time they take the field at the Allianz Arena.

Bayern have shown some worrying signs in defence, as exemplified by the way they conceded against Koln last weekend weekend. This BVB side with the likes of Erling Haaland and Jadon Sancho doesn’t need a second invitation, and all signs seem to point to a high scoring game. According to Overlyzer, there is a 73.33% chance of over 2.5 goals in this fixture and practically no chance of it being a goalless draw- unlike similar high profile games over in England that have ended in drab 0:0’s recently!

As you can see above, the last four Klassiker’s have all gone the way of Bayern, and Terzic will be keen to break their bitter rivals’ winning run.

Both Thomas Muller and Serge Gnabry were hugely influential off the bench against Koln, and could be drafted straight into the starting XI for this crunch.

Dortmund had Dahoud pick up a red (two YC’s) in the midweek Pokal clash against Gladbach, but he is eligible for this clash, with the suspension set to be served in the Cup semifinal. 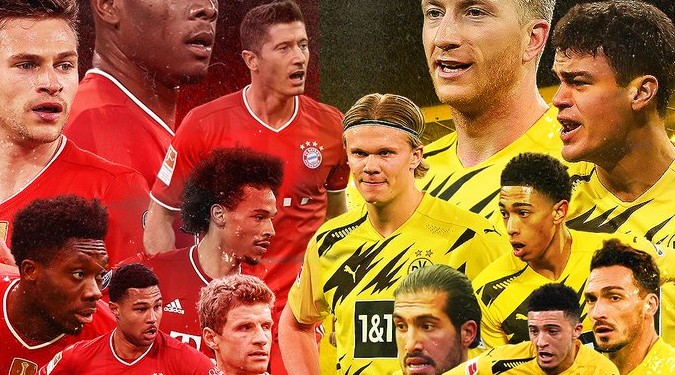 The tie also pits the two most influential strikers in the Bundesliga against each other- Bayern’s Lewandowski against BVB’s Haaland. If Haaland’s proposed summer move materialises, this could well be his last Klassiker, and he will be keen to stamp his authority on this fixture.