The DFB have today officially announced that the Jahn Regensburg Werder Bremen Pokal quarterfinal will be played on 7 April, 2021.

The other three ties have already been played, with Kiel, BVB and Leipzig emerging victorious in their ties against Essen, MGB & Wolfsburg respectively. Two of the quarterfinal Pokal ties were all Bundesliga clashes and if Werder prevail next month, we will have 3 top flight teams in the last four. 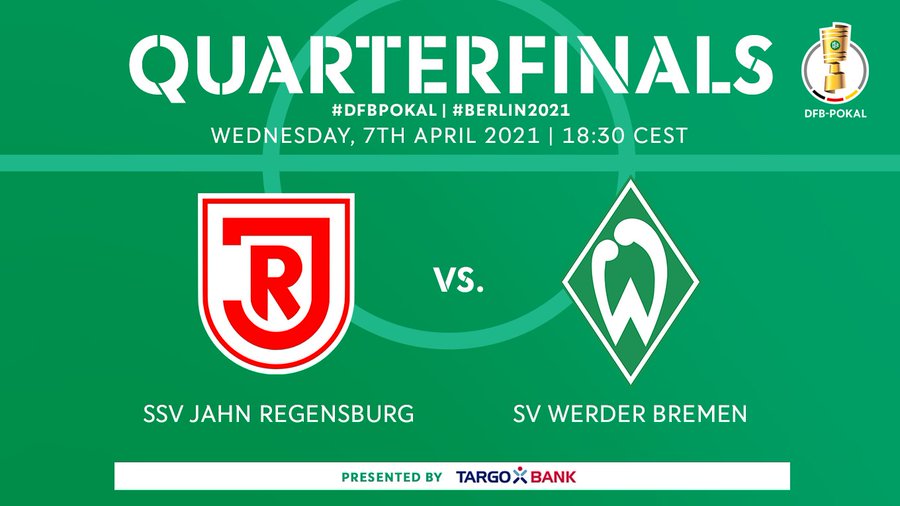