European competition returned this week after a near two-month hiatus, and four German sides were in action in the knockout stages. Bayern Munich, fresh from a Club World Cup triumph, weren’t involved, but the others were, and here is how they fared.

Perhaps the biggest shock of the round- Dortmund came into this game against the reigning Europa champions on the back of disappointing results at home against Freiburg and Hoffenheim. Sevilla had won nine in a row in all competitions, and if you had asked which team was most likely to lose, it would have been Dortmund. Instead BVB produced a fantastic 3:2 win in Andalusia, and the three away goals, courtesy Erling Haaland’s brace, makes them favourites for the return leg at home.

Here are Bild’s ratings for the game- the fine 1 & 2 given to all BVB players is an indication of how unlikely the victory was in footy circles. 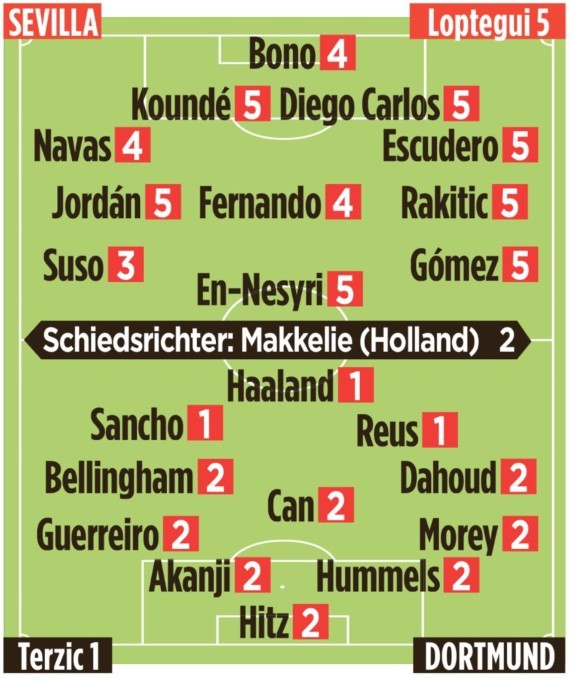 Did playing in Hungary take home advantage out of the equation for Leipzig? They could have perhaps not chosen a better time to play injury-hit Liverpool, who had lost three in a row coming into the first leg of this Round of 16 clash. Instead Leipzig fell to a disappointing 2:0 defeat- both goals were essentially gifted to the Liverpool forwards by Leipzig’s defenders, with Sabitzer and Klostermann guilty on one occasion and Mukiele on the other.

Hoffenheim dominated this game, but bizarrely had to settle for a draw. They were 3-1 up at one stage following Dabbour’s brace, and literally every punter, like the ones here, had them as favourites to win midway through the second half. Instead, TSG missed a penalty, and failed to convert any of their remaining chances as Molde fought back to draw 3-3. The expected goals metric shows Hoffenheim should have at least scored five on the evening- this was a massive opportunity blown. They’re still in the drivers’ seat ahead of the return leg at home, but their defensive fragility would not have gone unnoticed by Molde. 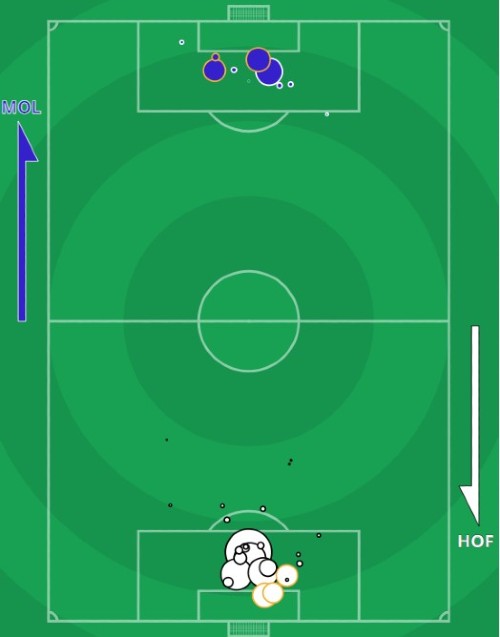 Another EL game with PLENTY of goals. This was literally a game of two halves for Bayer 04- they were down 3:0 at half time and then dragged themselves back into the contest with three goals in the space of 20 second half minutes, two of them from Patrick Schick. Just as it seemed they had done enough to come away with a draw, Theoson-Jordan Siebatcheu popped up with a late winner for YB, breaking Leverkusen hearts. The three away goals mean that the visitors should still be expected to progress in the return leg. They’ve however only won one of their last six across all competitions, and that inconsistency means the Swiss leaders YB will certainly fancy their chances of making it to the last sixteen.