Italian champions Juventus’ wait for a Champions League title got a little longer after they were knocked out by French side Olympique Lyonnais on the away goals rule.

Both CdS and Tutto seemed to think the defeat would mean an exit for Juve boss Maurizio Sarri. CdS ran the headline “Adieu, Maurizio” (Goodbye Maurizio in French) while Tutto went with “Sarri Out” 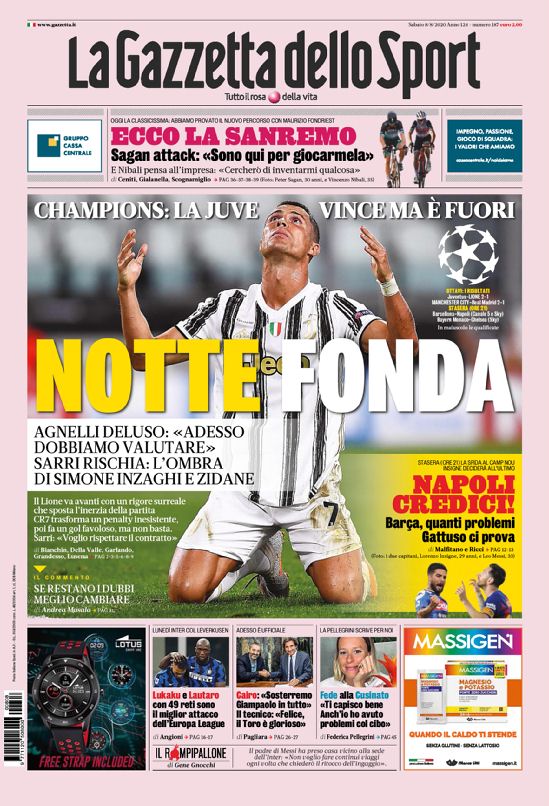 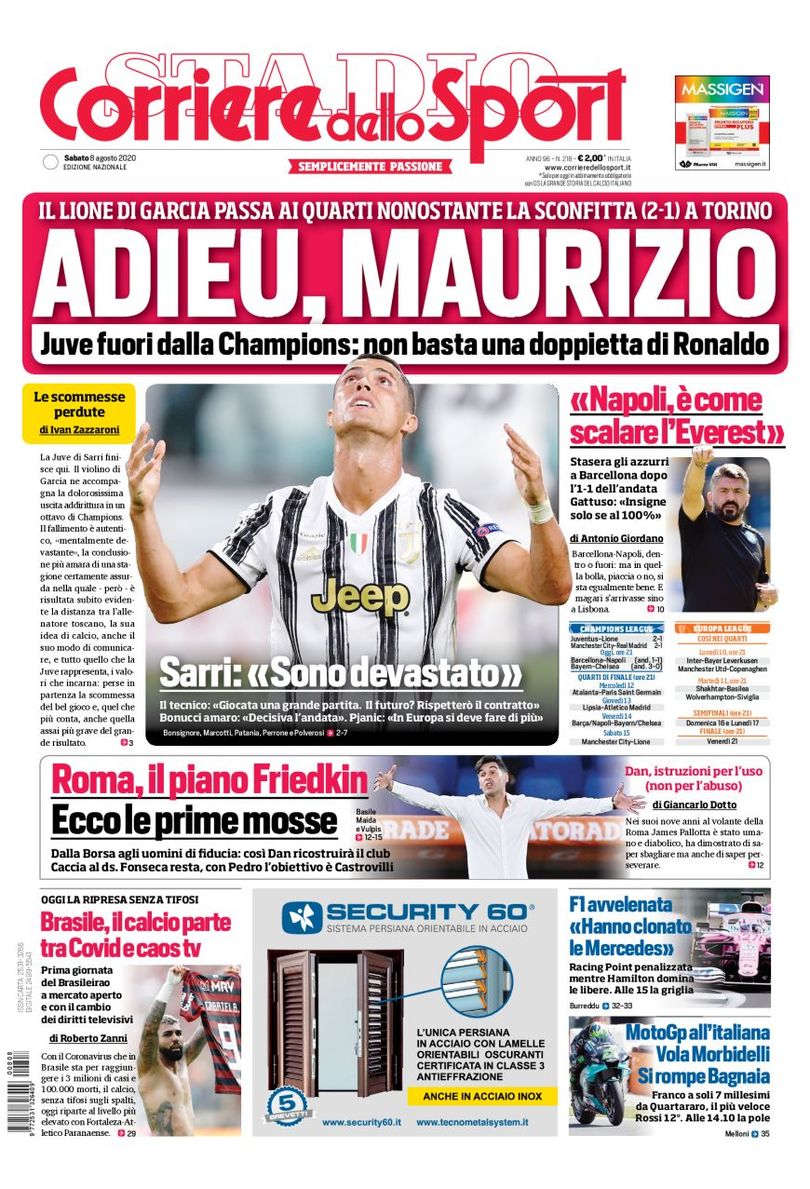 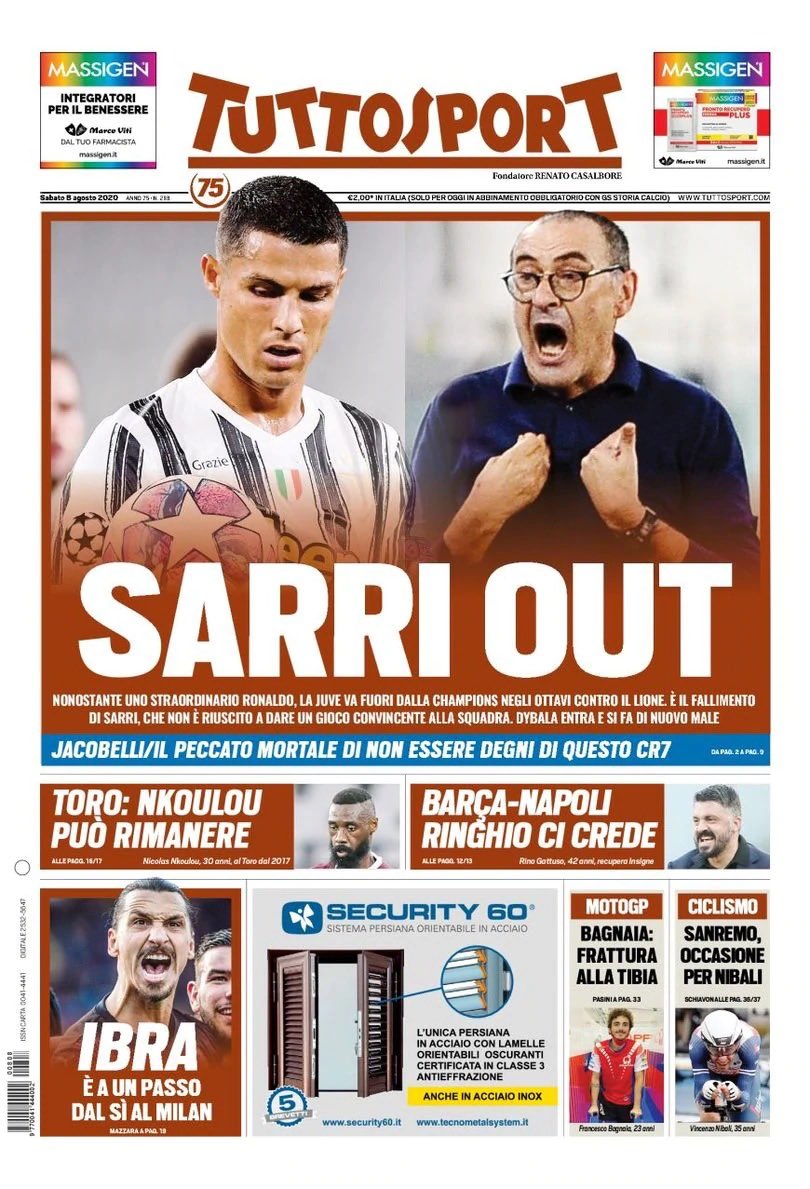