While tonight’s Berlin derby will certainly attract plenty of eyeballs, the pick of this weekend’s Bundesliga clashes is perhaps at Stadion Im Borussia Park tomorrow afternoon, where Borussia Monchengladbach square off against Bayer Leverkusen. Both teams are in excellent form currently, and both have aspirations of finishing in the Champions League spots at the end of the season. 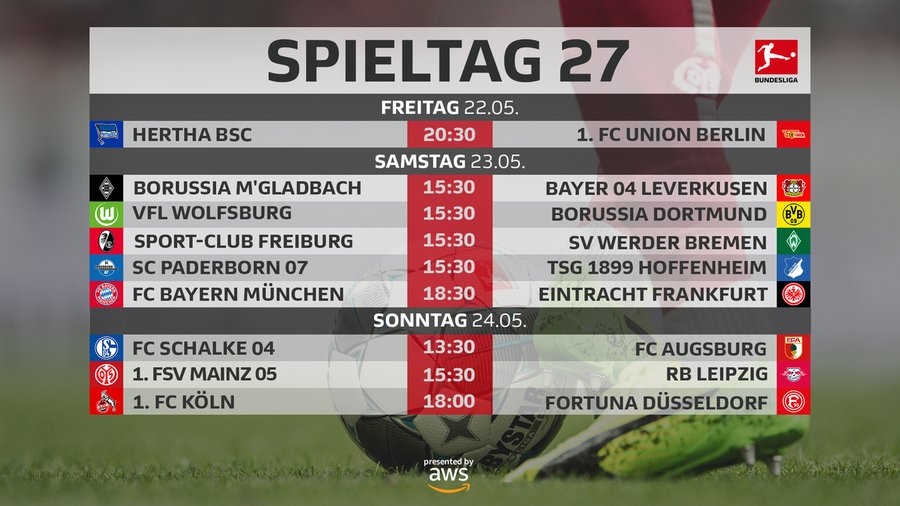 Gladbach are third going into Week 27, having leapfrogged Leipzig at the end of Round 26 in a week that saw Die Fohlen prevail 3:1 at Eintracht and RBL draw at home to Freiburg. With Borussia Dortmund facing a tricky fixture away at the Volkswagen Arena, Gladbach could technically finish as high as second this weekend if results go their way.

Gladbach have lost only one of their last eight matches- a 2:1 reverse at home to BVB. Their home record is as good as Bayern Munich’s (both are 9-2-2) and in Marco Rose, they have a young manager who is very highly regarded in the football world. Rose has however preferred to stick with a more experienced core– Gladbach give the lowest playing time to youth among the top six in the league.

If BMG do lose this clash, they could slide down to fifth, with Leverkusen and Leipzig both in with a chance of overtaking them in the league table. There is only a two point gap between Gladbach in 3rd and Leverkusen in 5th, which explains why this is such an important game.

Leverkusen sent Werder Bremen closer to relegation last weekend, and were impressive with a convincing 4:1 away win. Like Gladbach, Bayer have also enjoyed a upturn in form after the winter break, and they’ve picked up 22 points out of a possible 27 in the league this year.

In those nine Bundesliga games in 2020, Leverkusen have scored 26 goals- a truly impressive stat given they had only found the back of the net 23 times in the previous 17.

Gladbach have also not been able to keep a single clean sheet this calendar year, which coupled with Leverkusen’s form, could mean fair bit of work for the BMG backline on Saturday afternoon.

As you can see, Bayer like this venue, but Gladbach have won the last two meetings between the two sides, including the reverse fixture at the Bay Arena back in November.