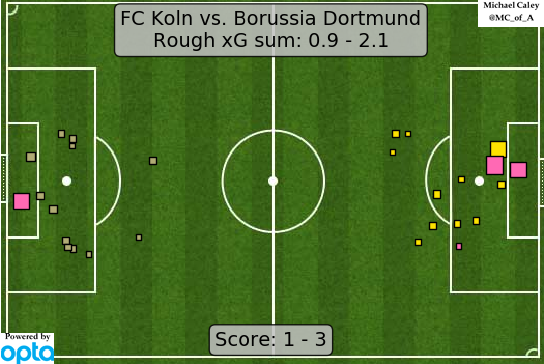 The game swung BVB’s way when Hakimi and Brandt were introduced off the bench. Koln had a very good first half, with Jhon Cordoba excelling upfront. It wasn’t as straightforward as the margin suggested- BVB’s third was scored when Koln poured men forward in search of an equaliser that saw them exposed at the back.