Hertha Berlin claimed an unlikely point on the opening day of the season as they held Bayern Munich to a 2:2 draw at the Allianz Arena. Bayern coach Niko Kovac cut a frustrated figure at the end, bemoaning that his side’s dominance in the game didn’t translate into three points.

Here are the player ratings for the game from the German papers Bild & Abendzeitung München (only Bayern in case of the latter). A bad day at the office for Bayern’s defenders, especially Niklas Sule.

Lewandowski and Gnabry the best players for Bayern. 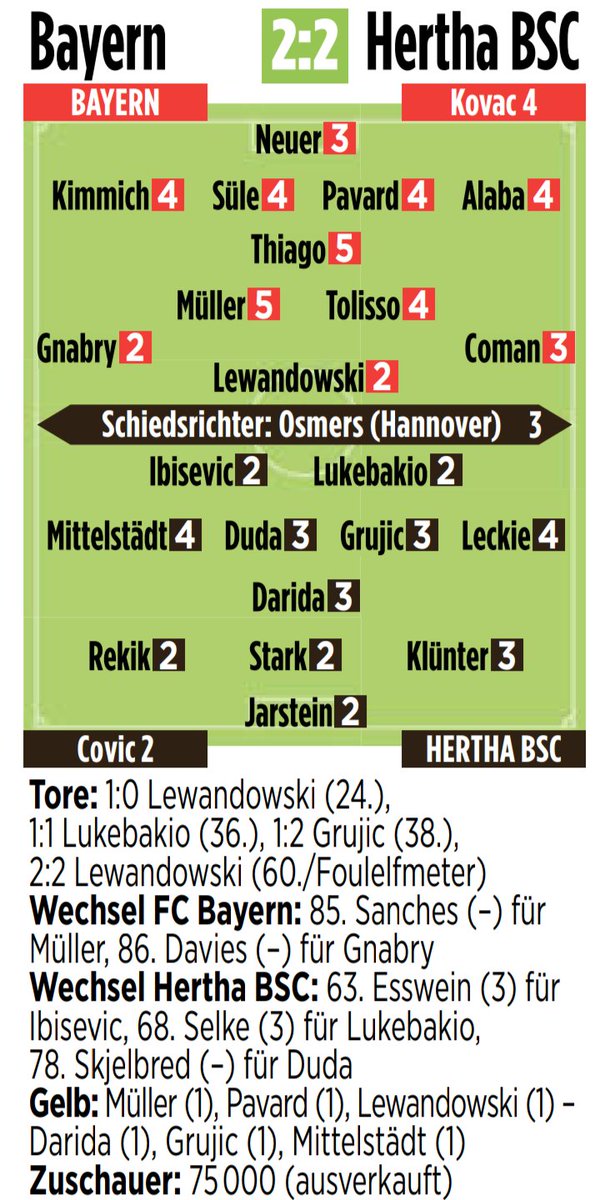 Bild’s predicted lineup for Bayern for this game was pretty much on point. They didn’t quite get Hertha right though,.