The 2018/19 Champions League season was a particularly disappointing one for German clubs. For the first time in 13 years, no German club was present in the last eight of Europe’s premier club competition. It was left to Eintracht Frankfurt to fly the country’s flag in the second tier Europa League, but they also bowed out in the last four in heartbreaking fashion- on penalties, to Chelsea.

It was more difficult to stomach because it came on the back of the national team, the reigning champions, failing to make it out of their World Cup group in the summer. That was followed by a sub par Nations League campaign which saw coach Joachim Low end the careers of several well known players- the likes of Thomas Muller, Jerome Boateng and Mats Hummels. 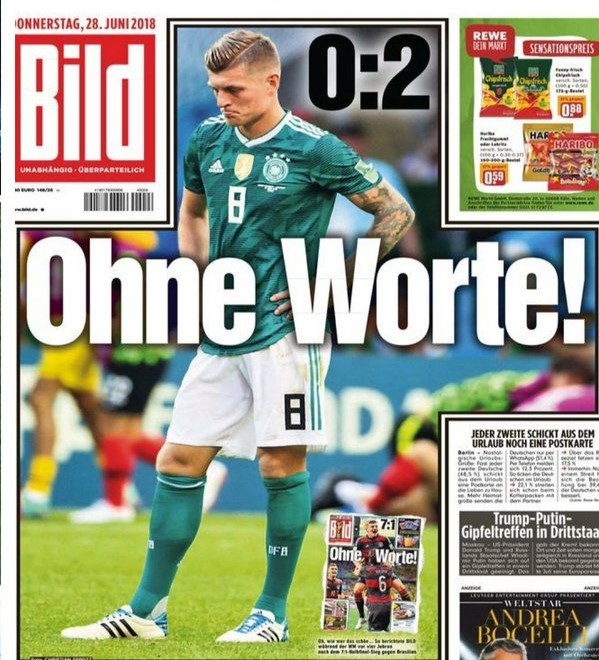 TSG Hoffenheim: Hoffenheim were in a tough CL group, but not an impossible one to qualify from, with Lyon, Shakhtar and Man City for company.

However they crashed out of Europe altogether after failing to win a single game and finishing last in their group. The highlight of their campaign was their 3-3 draw against Lyon, but there was precious little otherwise to cheer for.

Borussia Dortmund: Germany had high hopes from Dortmund, especially given the fine form they were in during the first half of the league season. They even smashed Atletico Madrid 4-0 in October, and finished top of a group that also included Monaco and Club Brugge.

However BVB’s campaign came to a end in the Round of 16, in form of a loss to Tottenham Hotspur. The Westfalenstadion is a fantastic place to watch footy, as several Spurs fans who had booked football trips online for this clash will testify to, but the tame nature of Dortmund’s exit (4-0 on aggregate), would’ve disappointed their supporters.

BVB’s ratings against Spurs in the German media (1 is a good performance, 6 is bad)

Schalke: S04 struggled domestically (they started with five losses on the trot), but were in better form in Europe, where they pipped Galatasaray and Lokomotiv Moscow to second place in Group G behind Porto. However, like BVB, they were eliminated by an English team in the Round of 16, with Man City putting ten goals past them across both legs.

Bayern Munich: Bayern drew home and away against Ajax, but still finished top of their group. However they were no match for eventual winners Liverpool in the Round of 16, and the German press’s reaction told it all! 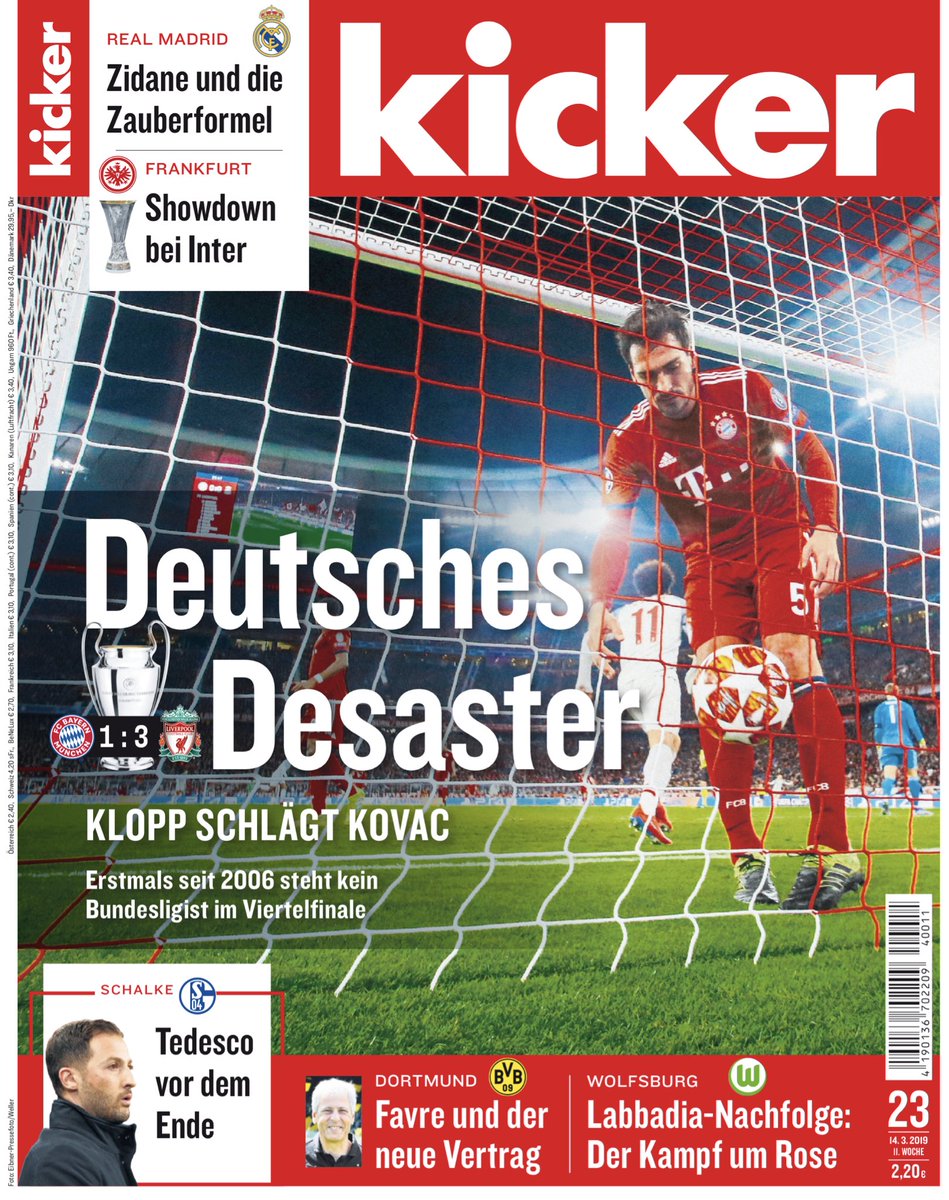 Fast forward to 2019, and while Bayern and BVB will be competing again, there will be two new entrants in the form of Leverkusen and Leipzig. The battle for the CL spots was a tough one, going into the final day of the season, but it was Bayer who eventually prevailed.