Southampton manager Ralph Hasenhuttl has said that every team in the Premier League top six are of the same standard as Bayern, and added that playing them home and away was the equivalent of locking horns with the Bavarian giants twelve times in a year!

The Austrian, who has coached in the Bundesliga before taking up his Premier League assignment, added that he “didn’t want that to be misunderstood” but one could “compare it very well regarding the general requirements”

The Saints boss also said his team were the equivalent of Mainz, Freiburg or Augsburg- a level below the top six and a second tier of clubs. Southampton aren’t free from the drop zone at the time of writing, but should survive, with the last axe of relegation most likely to fall on Cardiff.

The Bundesliga as a competition has struggled in recent years- Bayern, Dortmund and Schalke all lost to English opposition in the Round of 16 of the Champions League, and there was no German club in the last eight of the competition, as compared to the four English clubs that did make it. 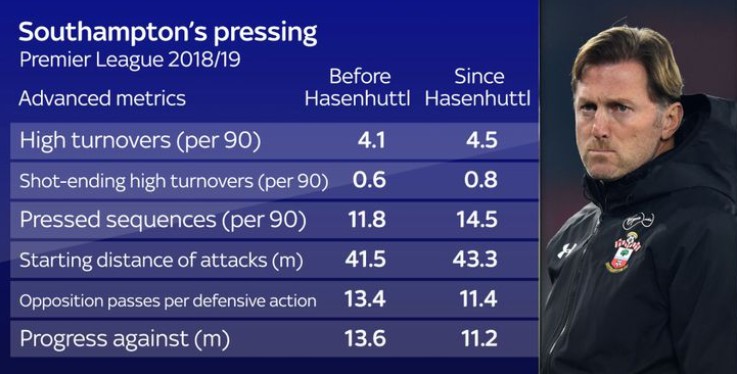