While there is no German side left in the Champions League, there are still plenty of players with German ties in the compeition. The Man City duo of Ilkay Gundogan and Leroy Sane are both German while Pep Guardiola managed Bayern Munich before moving to England.

City were knocked out Spurs in a game for the ages last night. L’Equipe tend to be very harsh with their ratings, but gave Mauricio Pochettino a 9/10 for this. We thought the Argentine did a decent job tactically, but perhaps not a 9/10 L’Equipe style one, and that the Llorente for Sissoko sub wasn’t the best one. His opposite number got just a 5. 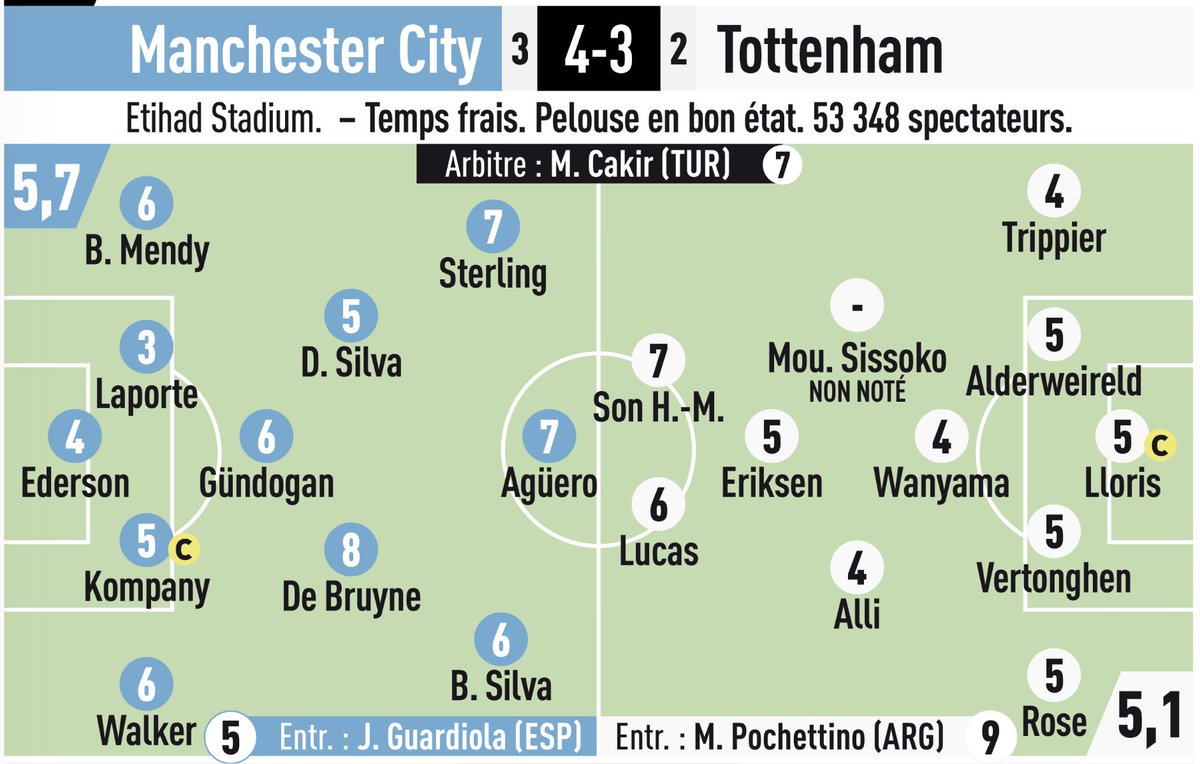