Bayern bounced back from their midweek Champions League exit at the hands of Liverpool as they beat Mainz 6:0 at the Allianz Arena. The victory saw the Bavarians remain top of the Bundesliga going into the international break.

Bayern coach Niko Kovac made several changes to the side that had been knocked out of the Champions League. Joshua Kimmich and Thomas Muller, both suspended for Liverpool’s visit, came back into the starting XI. Defender Mats Hummels and midfielder Javi Martinez made way for Jerome Boateng and Leon Goretzka respectively, while Kingsley Coman was preferred on the left wing to veteran Franck Ribery.

It took Bayern just three minutes to open the scoring, with Robert Lewandowski beating Alexander Hack to Alaba’s near-post cross. They doubled their lead after half an hour- Goretzka chested the ball into the path of James, who netted from close range. An exquisite individual strike on the counter from Kingsley Coman made it 3-0 on 39 minutes and the game was as good as done by half time.

With Zidane returning to Real, James may not have a future at the Bernabeu, and the Colombian appeared to make a case for staying at the Allianz by scoring his first ever Bundesliga hat trick. He netted in the 51st and 55th minutes to make it 5-0 to Bayern, and was also Bayern’s best player on the afternoon as seen in these Bild ratings. 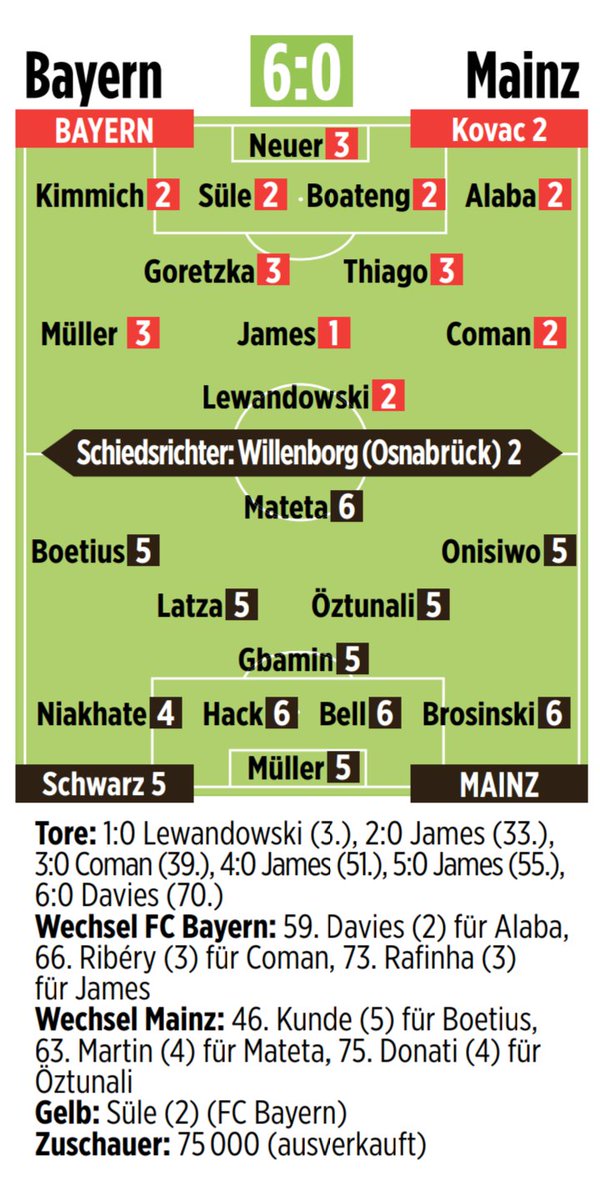 Since the beginning of the year, Bayern have won eight of their last nine in the league and have caught up with Dortmund, who had a six point lead over Niko Kovac’s men at the start of the year. According to Free Bets Hub, Bayern are now 4/11 to defend their title. If the BuLi crown is to be decided on goal difference, Bayern are certainly edging ahead in that record. Their twin 6-0 thrashings of Wolfsburg and Mainz have seen their GD go to +41, seven ahead of BVB (+34).

There was a sixth to come and it was from the boot of young Alphonso Davies, who became the first Canadian to score in the German top flight, as well as Bayern’s youngest league goal scorer since Roque Santa Cruz in 1999.

For poor Mainz, it was their third straight league defeat. The last few weeks have been dreadful for FSV- they’ve lost six of their last seven in the league, with the win also coming against struggling Schalke.

James’ performance also earned him a spot on the Bundesliga team of the week- the only Bayern player in that XI.

FCB’s next game after the break is an away clash at SC Freiburg, while Mainz will travel to the Weser Stadion to take on Werder Bremen. 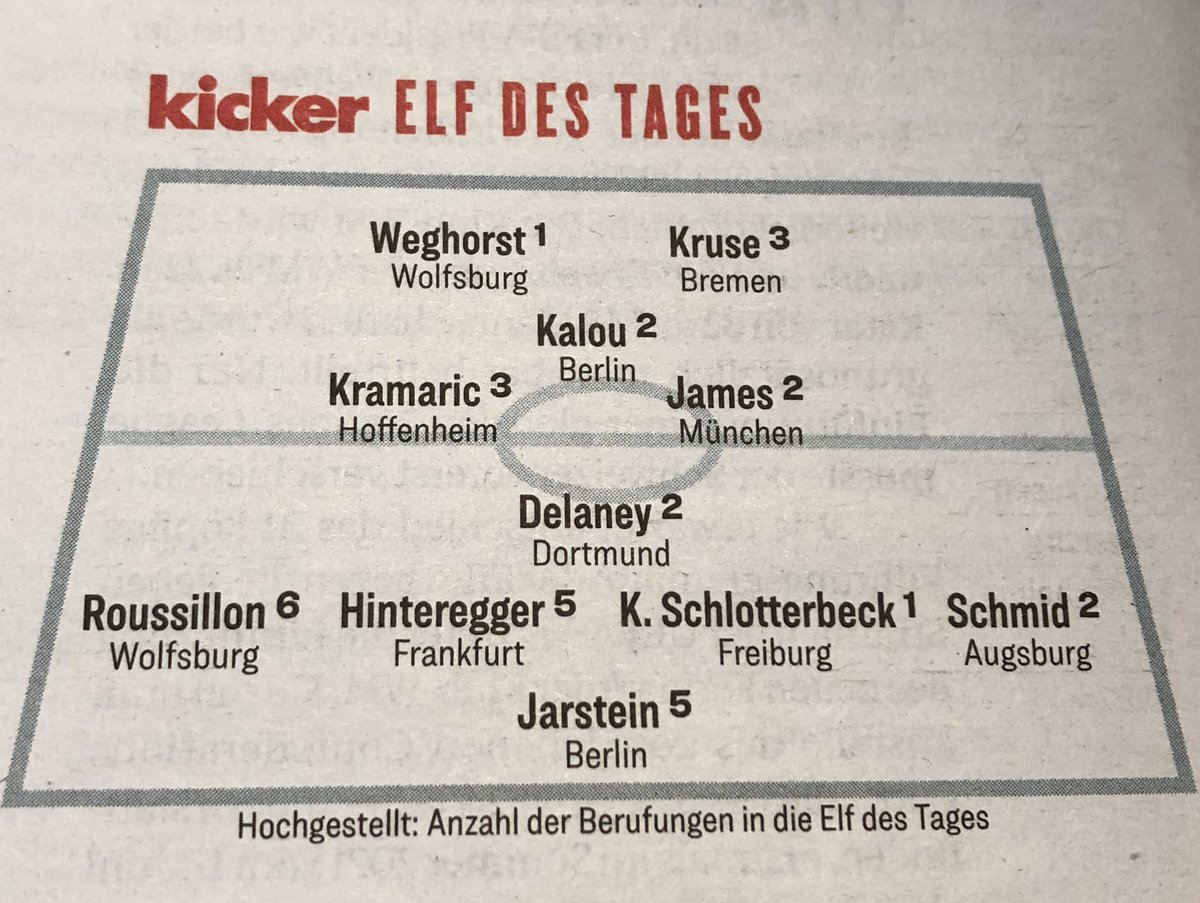