Only two teams lost at home in Round 24, and one of them was Borussia Monchengladbach, who slumped to a 3:0 loss to Wolfsburg. Having taken just a point out of their last three games, third place Gladbach have lost ground on Bayern, with the gap between the two increasing to five points.

Leipzig squandered a golden opportunity to leapfrog Gladbach as they drew 1:1 at home against Hoffenheim. Elsewhere, Schalke’s struggles continued with a 3:0 away loss at Mainz.

The highest scoring game was at Freiburg, who hammed Augsburg 5:1 at home. Perhaps comes as no surprise then that Sandro Schwarz’s men, along with the Wolves, dominate the Team of the Week. 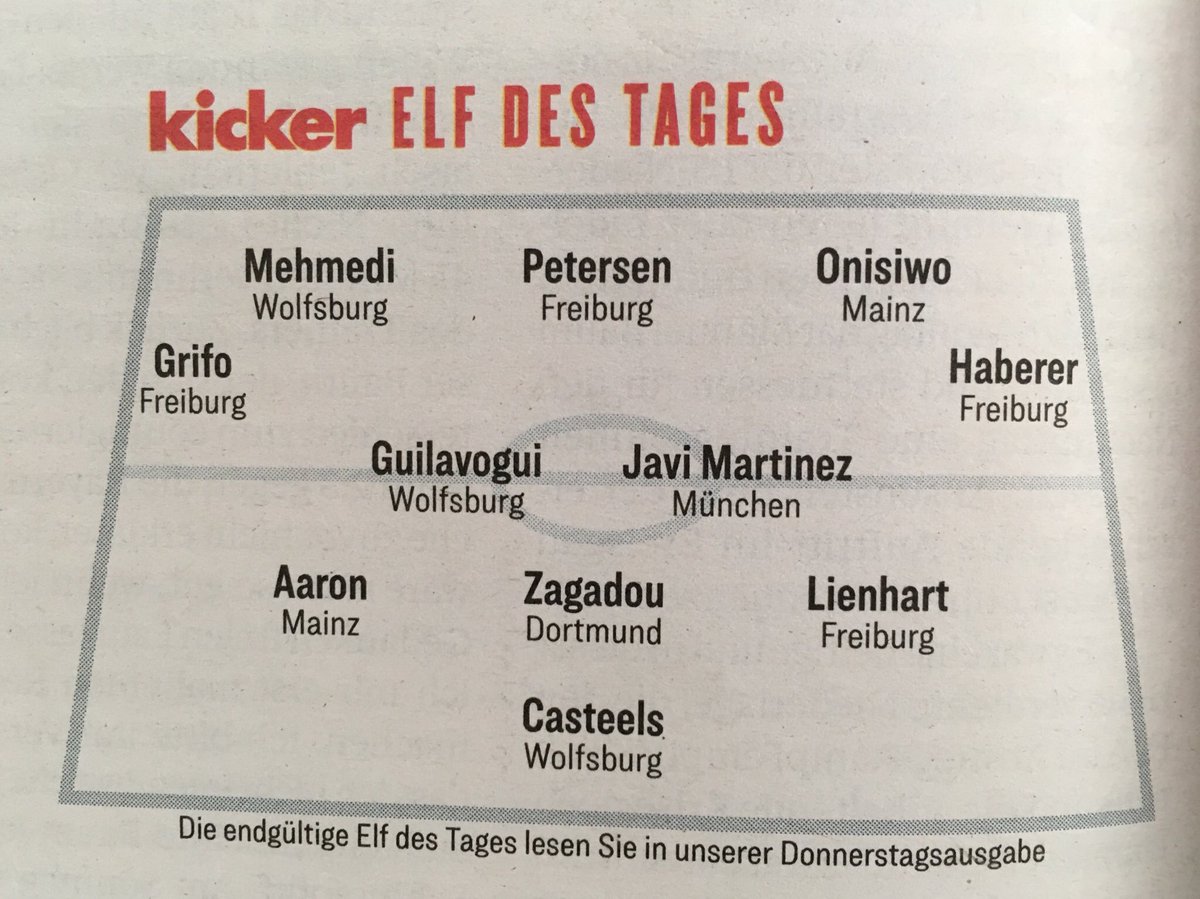