An impressive performance from TSG 1899 Hoffenheim saw them beat Borussia Dortmund 3:1 and book their spot in the group stages of the 2018/19 Champions League. The result means that Hoffenheim will become the 13th different German team to appear in the main CL tournament (only Spain have had as many representatives)

At the beginning of the day, Hoffenheim, Dortmund and Leverkusen were all in with a shout, but TSG took third with their win, while Dortmund also qualified thanks to their superior goal difference, with Leverkusen’s 3:2 win over Hannover going in vain.

The 30.150 fans present at the Rhein Neckar Arena were delighted at the final whistle, as the pic below shows you. 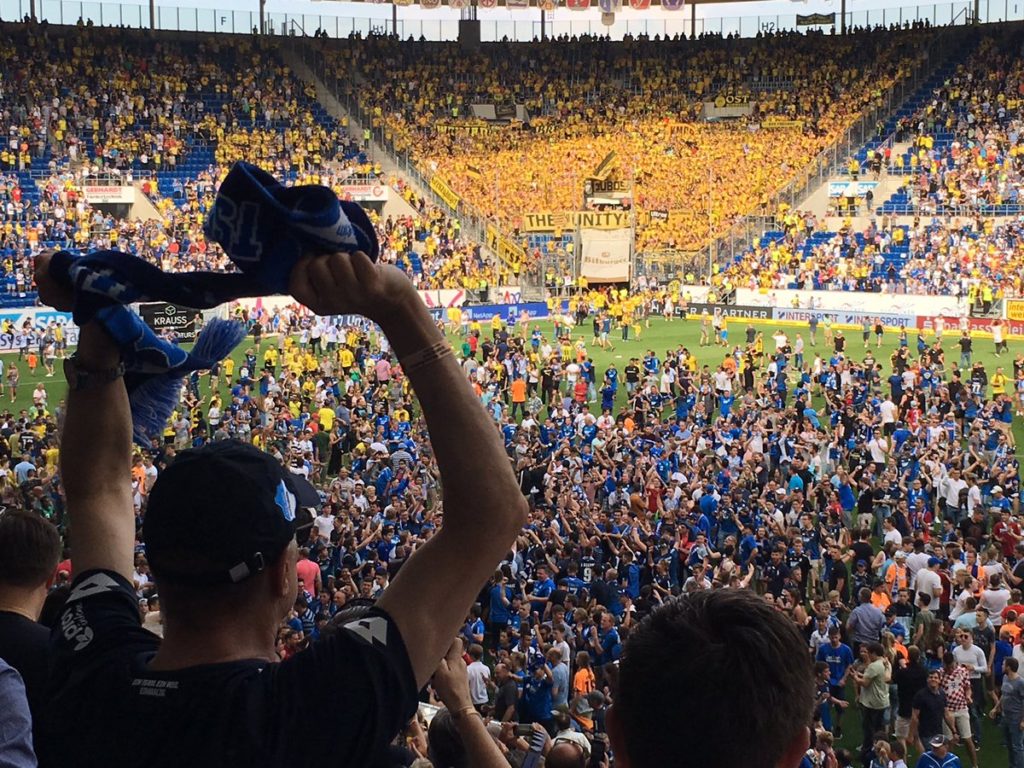 It was a disappointing end to the campaign for BVB, who failed to beat any of their fellow top-six sides in the league. It was also veteran goalkeeper Roman Weidenfeller’s final game for the club- he was a late substitute for Roman Burki.