Antonio Conte delivered silverware to Chelsea for the second season in succession as the Blues produced a resolute defensive performance to beat Manchester United at Wembley in the FA Cup final. A defensive error from Phil Jones against Eden Hazard, leading to the centre-back clumsily bringing the Belgian down, saw Michael Oliver point to the spot, and the Chelsea playmaker easily converted his own penalty.

United, for whom Romelu Lukaku was only fit enough for the bench, had their chances, with Rashford’s one and one, and Pogba missing a header when unmarked. However Chelsea were defensively resolute, with the likes of Kante, Rudiger and Courtois all having strong games, and far too many of United’s big name players went missing on a day the Red Devils needed them to perform. There was to be no repeat of the comeback they produced against Spurs at this same venue in the semis. 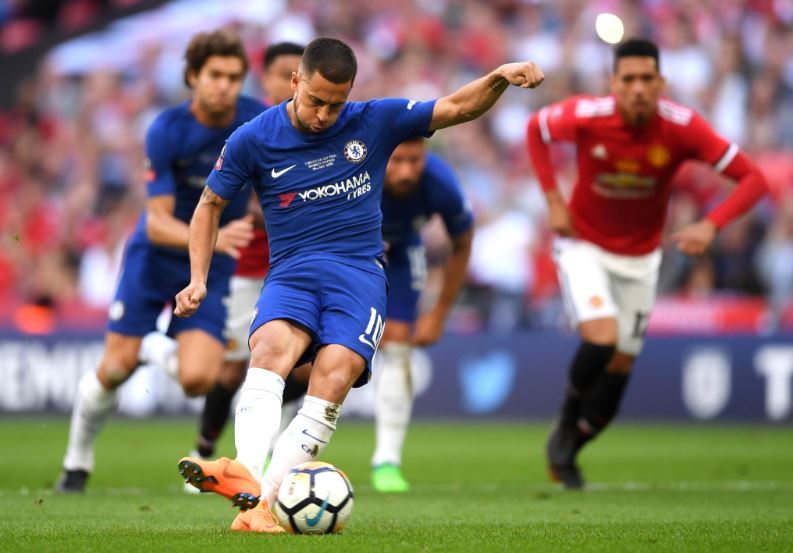