Italy failed to qualify for the World Cup for the first time since 1958, leaving Gigi Buffon’s dream of a sixth World Cup unfulfilled.

How did the Italian media react to Italy’s failure to qualify?

The Italians lost 1-0 and Stockholm, and needing two goals at the San Siro to progress, could only produce a 0-0 draw. 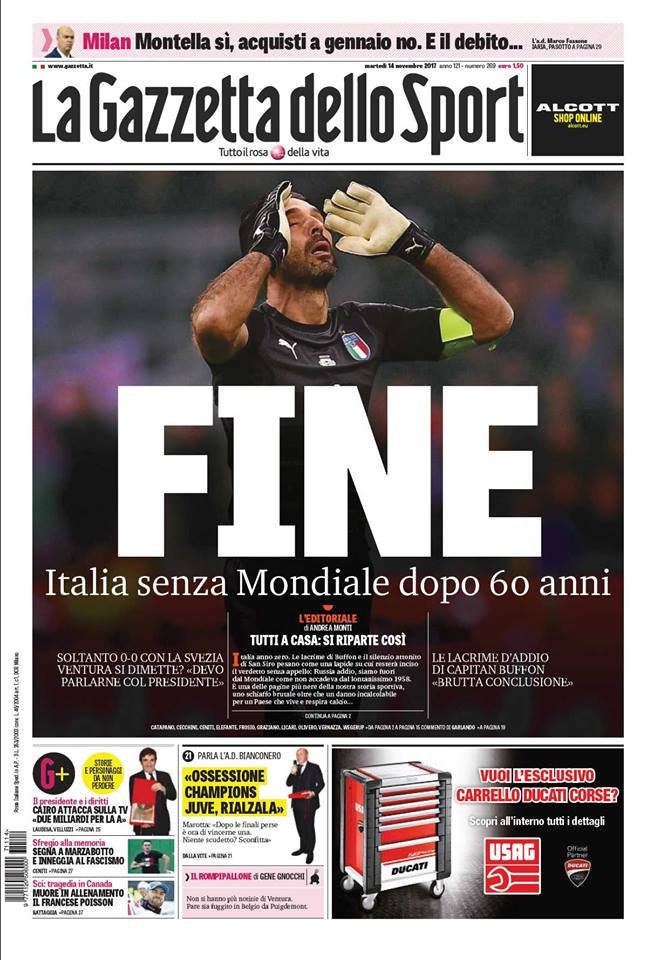 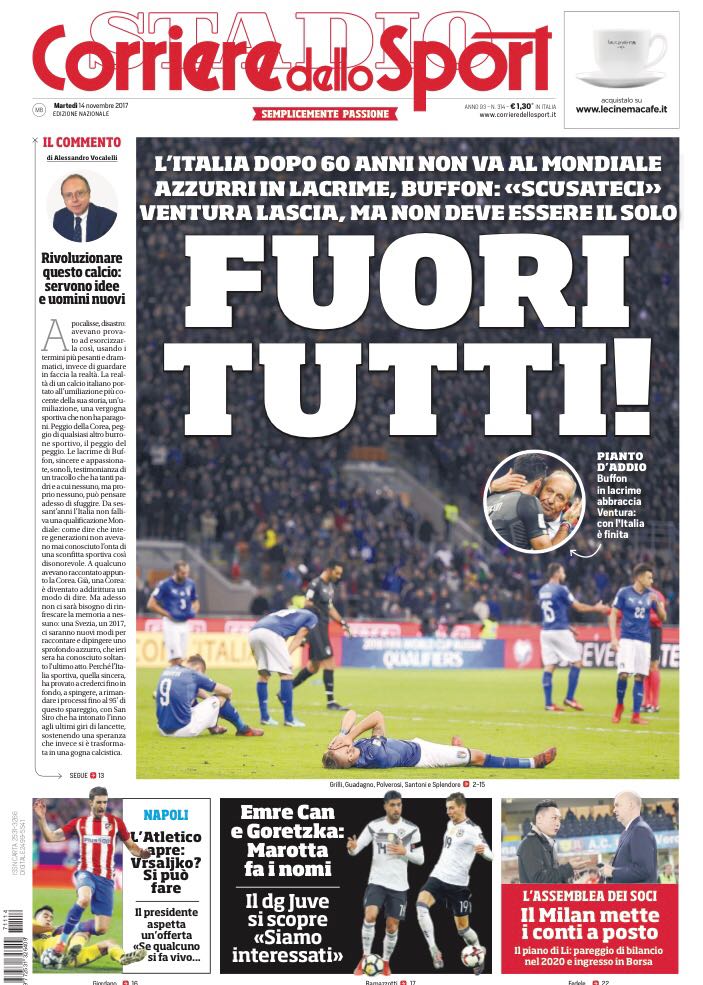