The AFA have announced Argentina’s squad for their upcoming friendlies against South American rivals Brazil in Australia (at the MCG) and the Singapore national team in the first fortnight of June 2017.

The AFA first confirmed the squad’s overseas contingent a few days ago and have today updated the list with the local players who will travel with the Albiceleste.

The squad includes the likes of West Ham’s Manuel Lanzini, who was named the club’s Players Player of the Year in their end of the season awards, but does not feature Man City forward Sergio Aguero. Even without Aguero, there is a plethora of attacking talent, with Dybala, Higuain, Icardi and Di Maria joining Messi in the list.

However we will not get to see Messi v Neymar in the Melbourne friendly, with the Barcelona star not included in the Seleccao’s squad.

A crowd of 95,446 attended Liverpool’s game at the MCG a few years ago, and the crowd for the Brazil v Argentina game should easily beat 61,880, which was the best attendance in the A-League for 2016/17. 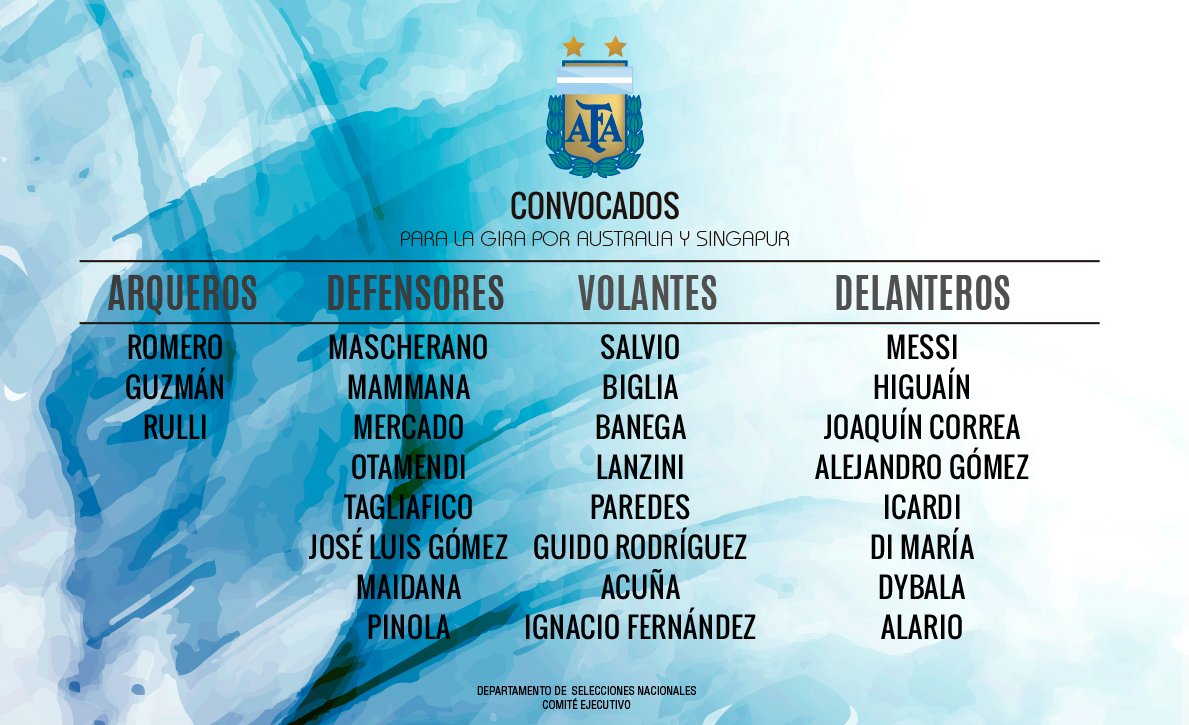