French newspaper L’Equipe has published its list of the best Ligue 1 players for the 2016/17 season, averaging out the rankings it gave the players across the season.

L’Equipe are known to be strict for ratings- 6 would normally be a good game, and 8 indicates a more than good game . 10’s are reserved for the likes of absolutely out of the world performances- like Lewandowski v Real Madrid for example.

Monaco’s Kylian Mbappe, who had an average rating of 6.88 was not included for not having played “enough games” 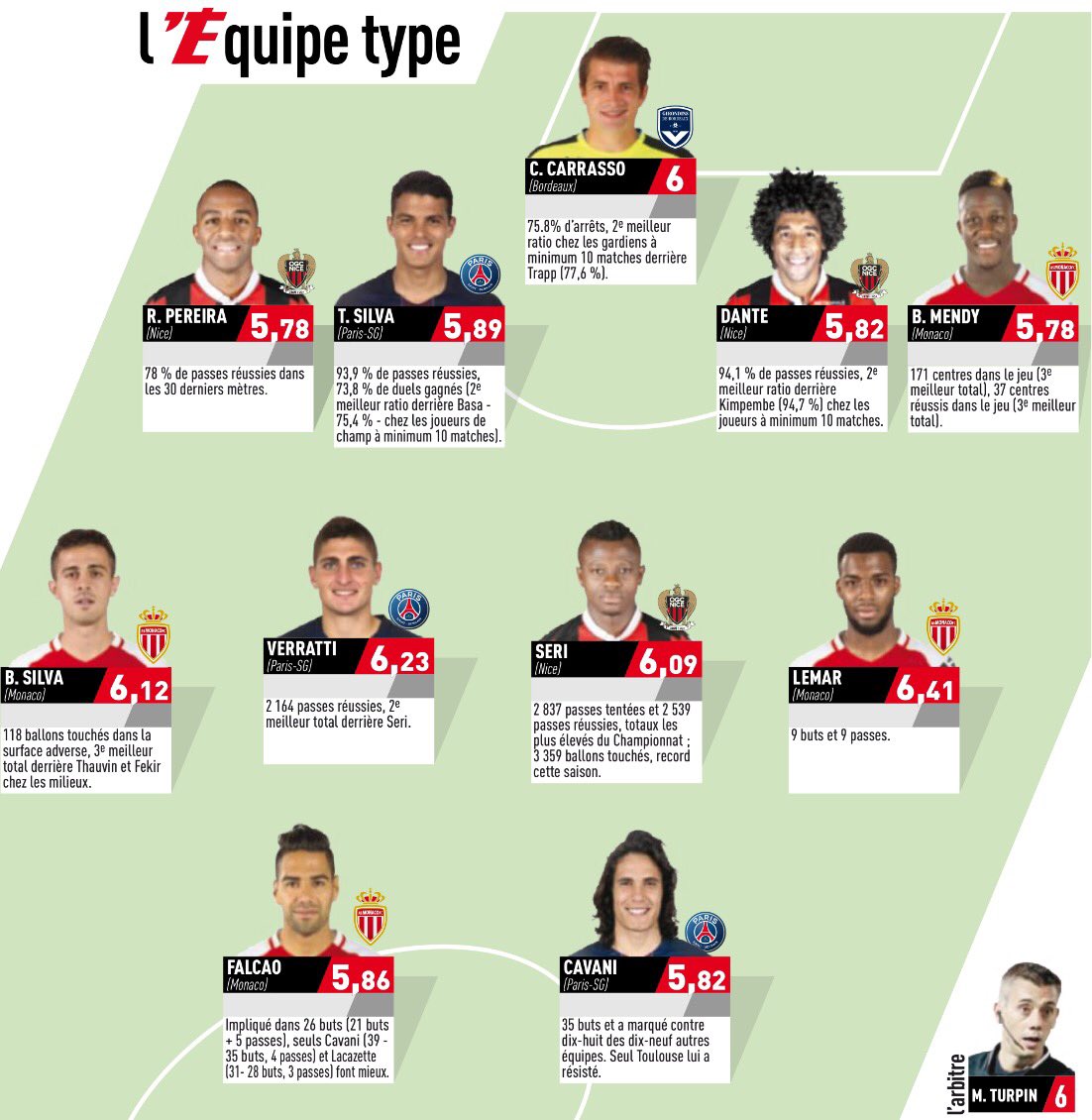 Interesting to compare this with the Ligue 1 UNFP Best Team of the Year for 2016/17. Mendy, Thiago Silva, Verratti, Seri, B.Silva and Cavani are the common names in both teams- that’s roughly a little over half matching. The unanimous choices were in midfield, where the trio of Silva, Verratti and Seri have appeared in both teams. 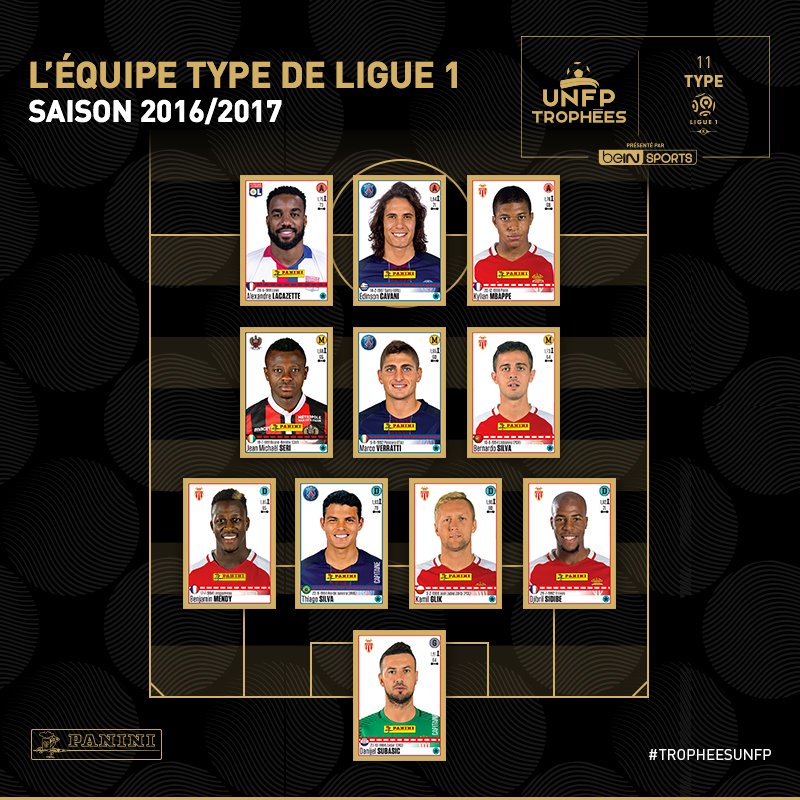