Social media site Twitter has unveiled a special set of Emojis ahead of this weekend’s El Clasico that could end up determining the winner of this year’s Spanish league title. 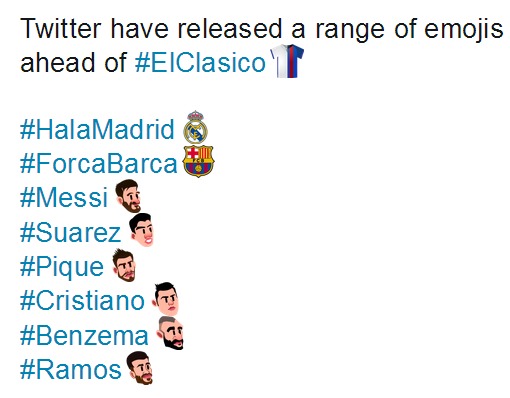