Here is how Bild expects Bayern Munchen to lineup for their Champions League midweek clash in the Czech Republic against Viktoria Plzen. Bayern have won all five of their previous clashes against Plzen, scoring 18 times in those five fixtures. A victory away in Plzen will also see the Bavarian giants create a record for most consecutive away group clashes won in the UCL. 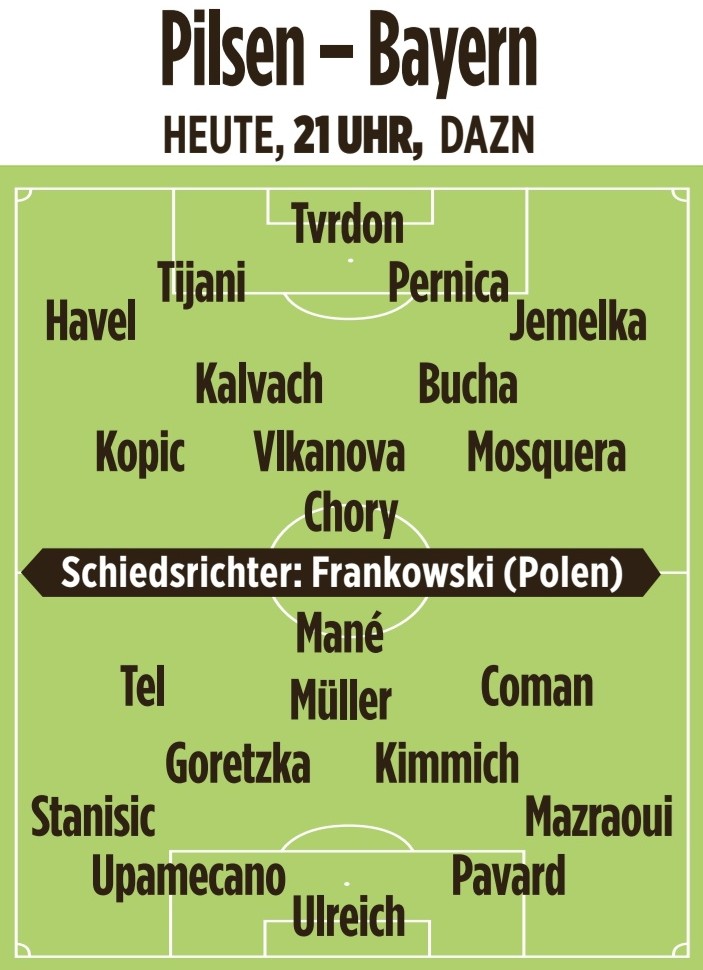