Manchester United’s first league game in nearly 100 days sees the Red Devils travel to London to take on former boss Jose Mourinho’s Spurs side on Friday night. This will be United’s first ever PL clash at the new Tottenham Hotspur stadium- the 58th different venue they’ve visited on the road in the top flight.

Given the three month plus gap, this fixture feels like the first of a new season, rather than one in the final third of the current season. The break has aided both sets of players- in particular Spurs, who have a stronger side to choose from than they would’ve originally had this fixture been played in March.

Harry Kane, Heung-Min Son and Moussa Sissoko are all expected to start for the Lilywhites, with Mourinho expected to take a late call on the availability of Argentine star Giovani Lo Celso.

United have only two first team players- Phil Jones and Axel Tuanzebe, unavailable, which gives manager Ole Gunnar Solskjaer plenty of options to choose from as he seeks to extend their 11 game winning streak across all competitions. 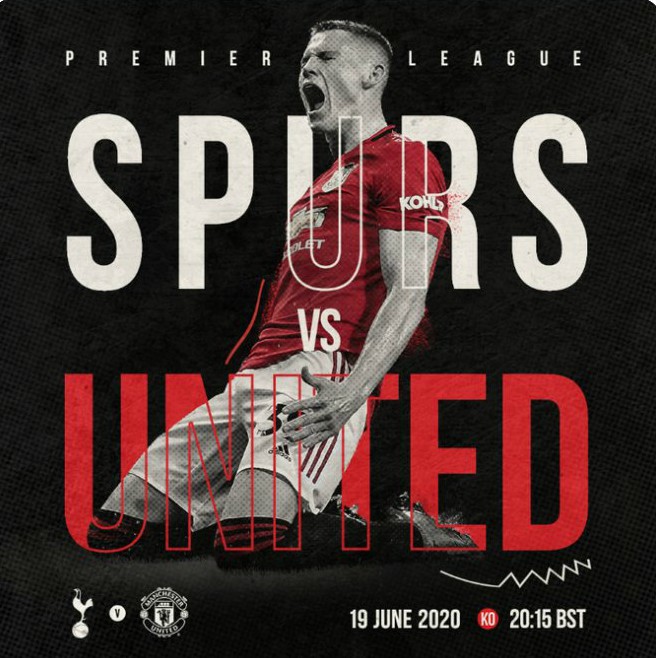 Solskjaer has traditionally chosen to go with three at the back in big games (such as the derby against City), and it remains to be seen whether he continues on that route in this clash. A back three of Luke Shaw, Harry Maguire and Victor Lindelof allows the Red Devils to play both Brandon Williams and Aaron Wan-Bissaka as wing-backs. Does Paul Pogba walk straight into the XI? Or should he be introduced off the bench, with Bruno, Scott McTominay and Fred continuing their combination in the centre of the park?

While Spurs are currently eighth in the league, only four points separate them from 5th placed United. The Lilywhites have a tricky fixture list to begin with post the Covid enforced break. Up four days after United are West Ham, who notwithstanding their league position, can always be counted on to give Spurs a tough game. Then they have Sheffield United away- a team that has Champions League aspirations of their own, and would’ve been ahead of United in the league table but for a shocking goal line technology error in their midweek game against Aston Villa.

While United had put together an excellent run before the break, Spurs were in a free-fall of sorts, winless in six across all competitions and knocked out of both the Champions League and the FA Cup. The break could probably not have come at a better time for Jose Mourinho. While the Portuguese gaffer may have written off his team’s chances of CL footy in March, the return of some key players could very well allow them to mount a serious challenge for the fourth and final CL spot in the next few weeks.