The German Super Cup this year has lost a little bit of sting owing to the mounting injury lists at both the Allianz Arena and the Westfalenstadion, but it nevertheless represents a chance for both teams, especially Dortmund, to lay down a marker ahead of the new season.

BVB have Julian Brandt, Thorgan Hazard, Roman Burki and Mateu Morey unavailable while Lucas Hernandez and Serge Gnabry are both on the sidelines for Bayern. 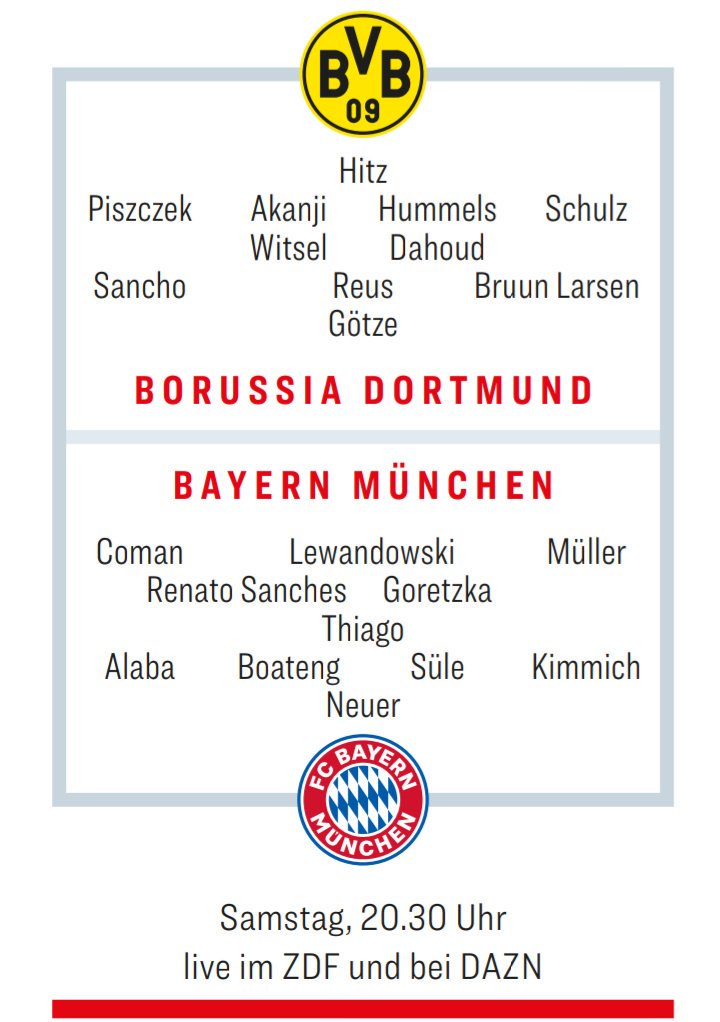