Maybe Bayern should organise fights between their players before every game? Winger Kingsley Coman was involved in an altercation with striker Robert Lewandowski in training prior to the trip to Dusseldorf- they came to blows before teammates Niklas Sule and Jerome Boateng separated them. French winger was the star of the show here at the Merkur Spiel Arena as he helped the Bavarian giants win 4:1. The victory took Bayern top of the table (Dortmund had beaten Mainz 2:1 on Saturday), and left them one point ahead of BVB with five games to play.

Fellow winger Serge Gnabry was equally impressive as was midfielder Javi Martinez. It was a poor day at the office for Dusseldorf- their highest rated starting player was former Bayern goalkeeper Michael Rensing, and he conceded four, which tells a story in itself!

The only real downside to the game would’ve been the injury to keeper Manuel Neuer, which is expected to keep him out for the next few weeks. 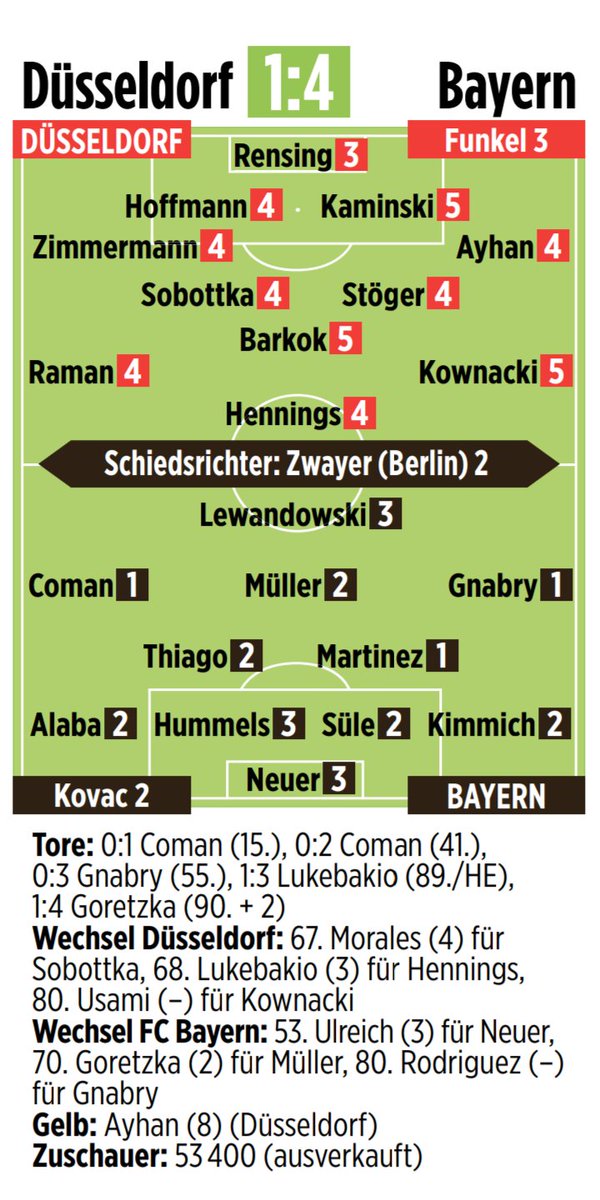