Bayern and Werder Bremen will be squaring off against each other twice in the span of four days, and the first battle went in favour of the Bavarians, who triumphed 1:0 at the Allianz Arena.

It wasn’t a classic by any stretch of imagination, but Niklas Sule’s strike kept Bayern a point ahead of BVB, and that’s perhaps all that mattered to Niko Kovac at the final whistle. Sule was Bayern’s best player on the afternoon as seen in these media ratings. Martinez and Coman were the worst.

Bremen’s best player on the evening was their goalkeeper Pavlenka. 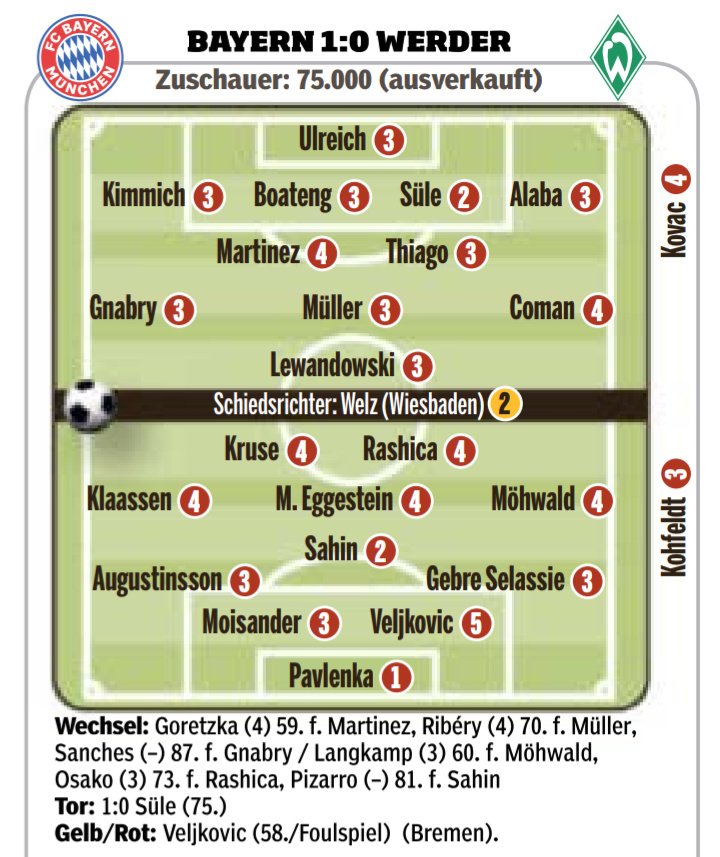