How did Germany and Joachim Low’s first international game after the axing of key Bayern trio Muller, Hummels and Boateng go? Die Mannschaft drew 1:1 with Serbia. The visitors took the lead through Luka Jovic, who plies his trade in the Bundesliga with Eintracht Frankfurt. FCB medio Leon Goretzka, a sub for Julian Brandt, equalised for the home side.

Most of Germany’s starting lineup, bar Sane and Gundogan didn’t do very well. Serbia’s starting XI certainly did better than their German counterparts, but Marco Reus and Goretzka both had positive impacts from the bench for the home side.

The worst player on the evening went to Milan Pavkov, the Serbian second half substitute who saw a straight red in second half stoppage time for a horror tackle on Sane.

Ratings for Germany 1:1 Serbia below.

Germany’s next game is against the Netherlands in Amsterdam on Sunday. 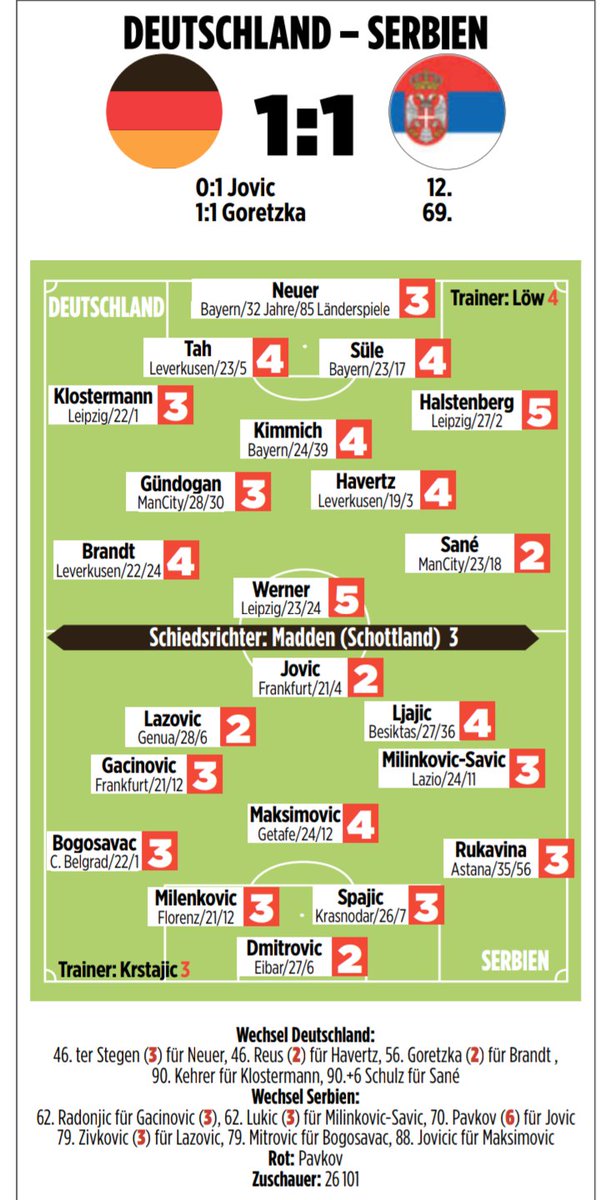