Champions Bayern Munich kicked off the new Bundesliga season with a hard fought 3-1 win at home over TSG Hoffenheim. The fixture, which saw late drama with VAR being involved, also had Kingsley Coman stretchered off, with fears that the French international could be set for a long stint on the sidelines.

The game, Niko Kovac’s first BuLi one in charge of Bayern, saw the home side go ahead in the 23rd minute when Thomas Muller headed in Joshua Kimmich’s pinpoint corner. 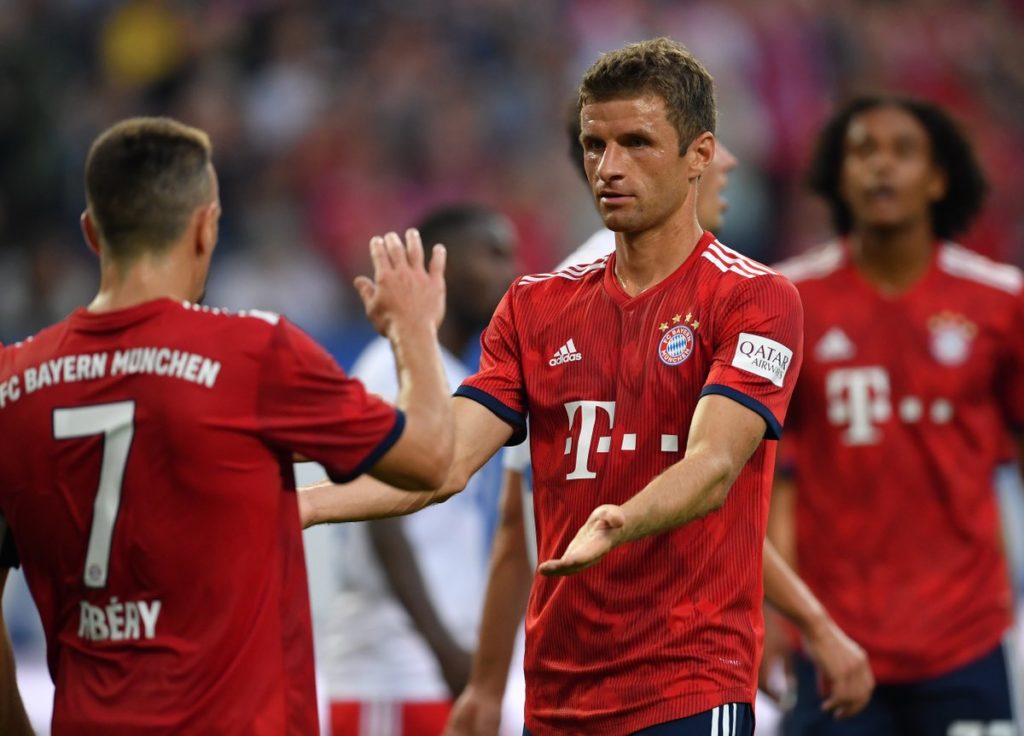 Adam Szalai’s low, drilled finish, aided by some lethargic Bayern defending, brought Hoffenheim level just before the hour mark. Szalai, for those not in the know, is a former Liverpool player- the Reds are themselves in action tomorrow night against Brighton, a game they’re expected to win.

There was however late drama when Robert Lewandowski converted from the spot seven minutes from time to put Bayern ahead. He had missed the original spot kick, but was asked to retake it- a VAR decision, and made no mistake from the second attempt. Hoffenheim, deflated, were then caught out by a quick throw in, with Arjen Robben capitalising to give the hosts a 3:1 win.