German outfit Borussia Dortmund and Italian side Atalanta have both been fined by European football’s governing organisation UEFA for their transgressions in the Europa League clash that took place between the two teams earlier this year.

Somewhat bizarrely, Atalanta, who had the charges of racist abuse towards BVB’s Michy Batshuayi levied upon them, were only fined 34,000 euros while Dortmund were slapped with a 40,000 euro fine. Belgian international Batshuayi, obviously not pleased with the verdict, took to social media side Twitter to sarcastically mock UEFA, saying “Lol, Must be my imagination. It’s just monkey noises who cares”

Here are the charges and the full ruling below. 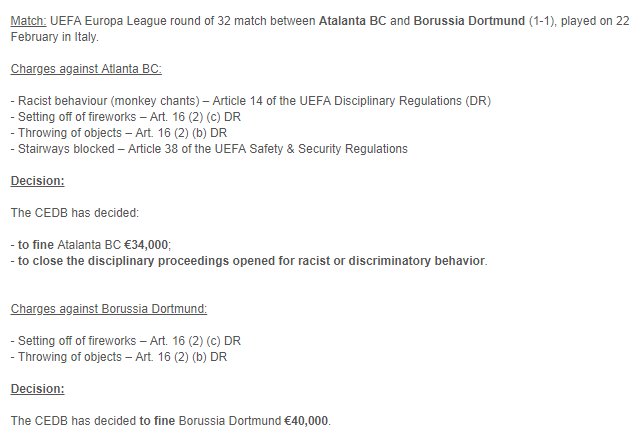