All five of England’s representatives have made it to the last 16- the first time any nation has done so since the 2003/04 season.

A total of nine European countries will be represented at the Round of 16, with six of them having only one club at this stage of the competition

Qualified teams for knockout stages of the Champions League 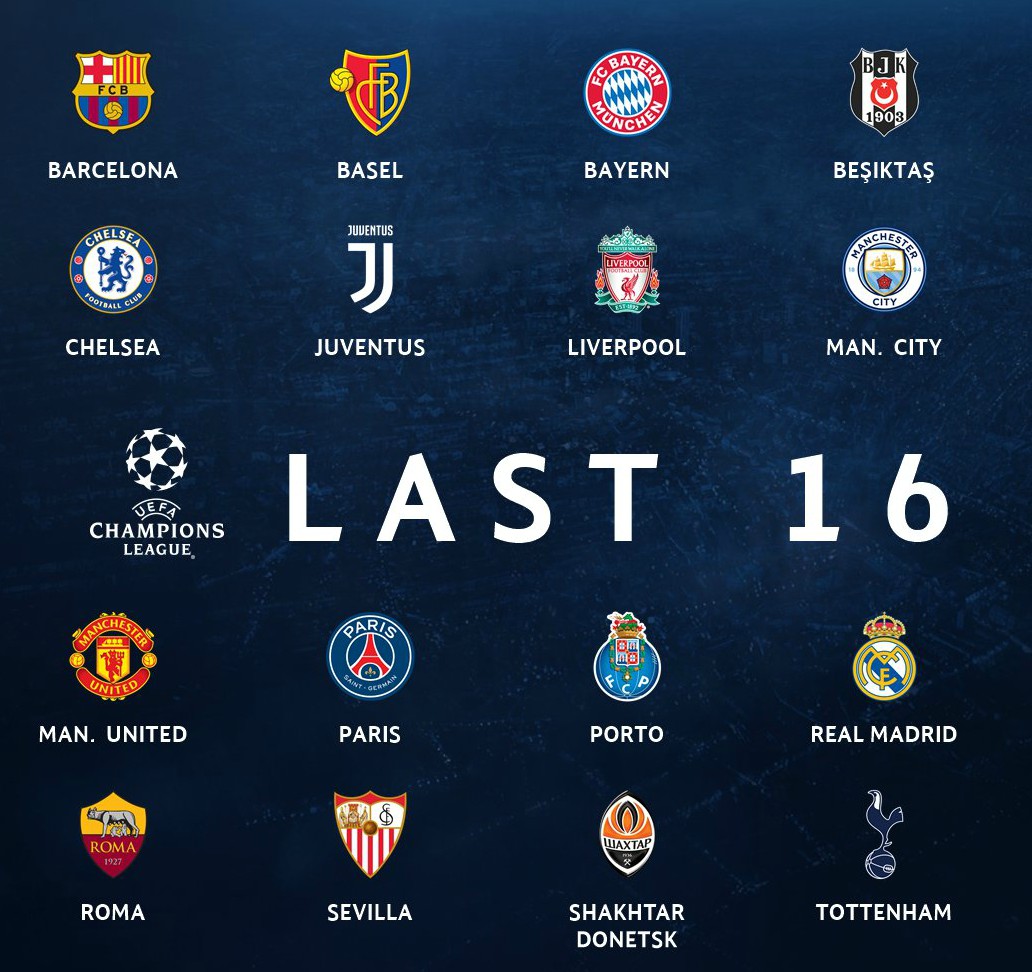