Here is a war of wards between Piers Morgan and Arsenal and Celtic legend Kolo Toure that occurred today (November 26, 2017). It saw the Ivorian international refer to himself in third person while talking to Morgan.

Morgan, a well known Arsenal fan who has long clamoured for Arsene Wenger to leave the Gunners, took a dig at Real Madrid star Toni Kroos, who had apparently liked a tweet made by James Blunt against the talkshow host 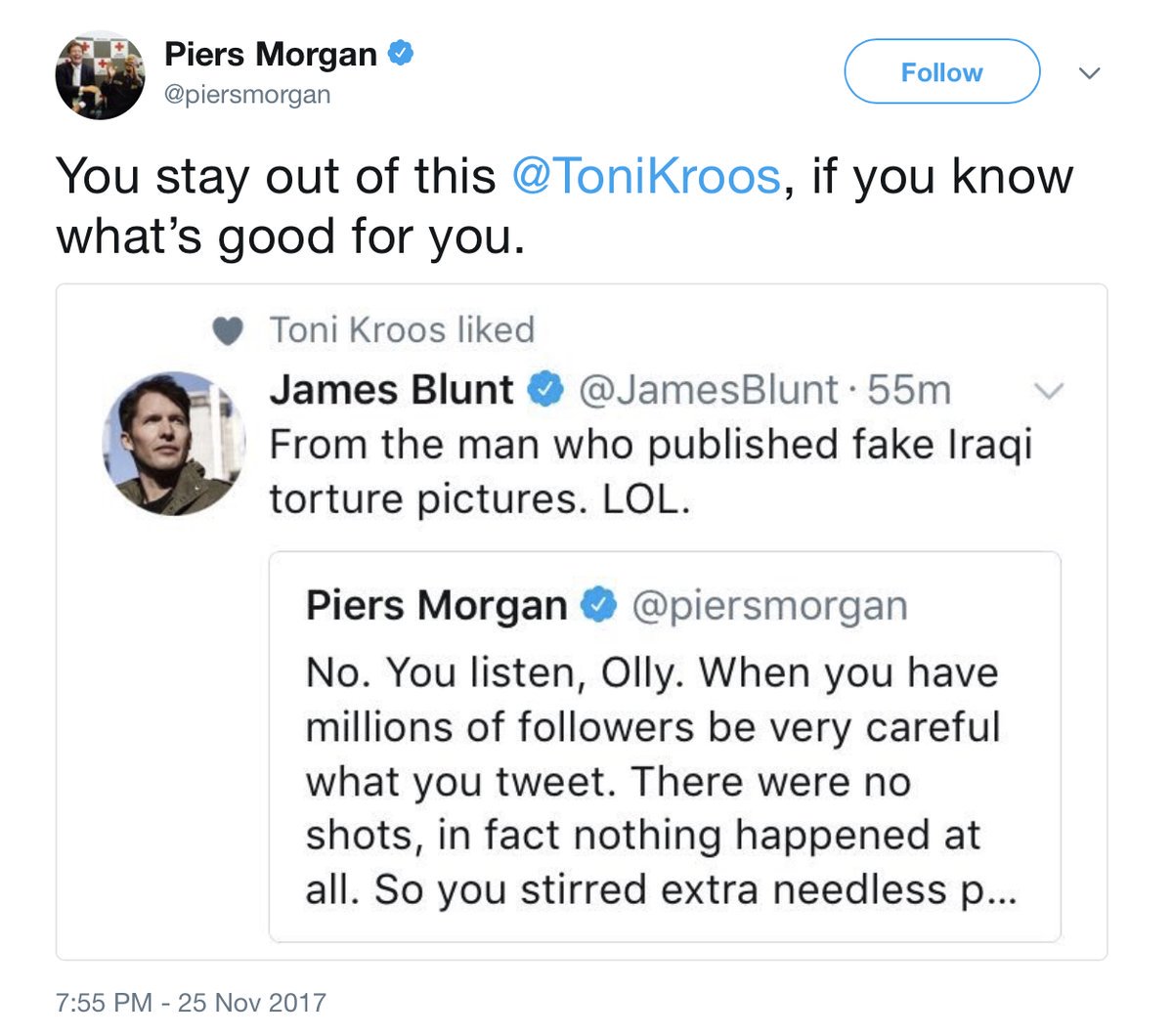 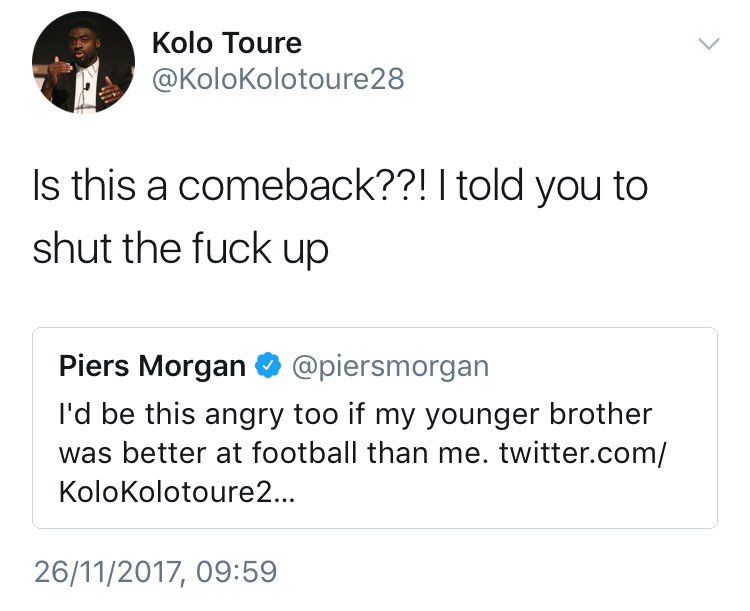