The German top flight’s surprise packages this season, RB Leipzig will participate in the Emirates Cup for the first time in their history after Arsenal announced the lineup for the two-day pre-season tournament today afternoon.

Leipzig will be joined by Portuguese giants Benfica (2nd appearance at EC) and Spanish club Sevilla (first appearance like Leipzig) at the tournament which resumes after a one year gap.

Hamburg and Wolfsburg are the two German teams to have previously participated in the Emirates Cup- HSV in fact won the tournament in 2008.

Leipzig will however not play Arsenal- their fixtures will be against Sevilla (29 July 2pm) and Benfica (30 July, again 2pm) 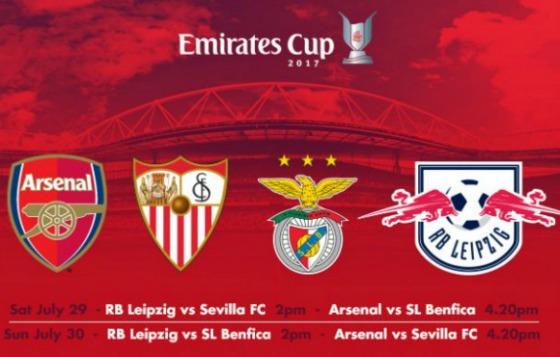