Manchester United will look to continue their great run of form when they take on Liverpool this weekend in a crunch fixture (15 January, 2017 4pm kick off). The Red Devils have won nine in a row and a triumph over Jurgen Klopp’s side will almost certainly put them back in the list of title contenders after being written off following a poor start to the season

With Manchester City facing a potentially tricky trip away to Everton, this weekend could see United draw level with Pep Guardiola’s side, although their poor goal difference is almost certain to keep them outside the top four.

Liverpool have not won away at United in the last three years and you have to go all the way back to March 2014 for the last time the Reds won a game at OT- triumphing 3:0 thanks to two penalties from Steven Gerrard and a late Luis Suarez goal. Neither Gerrard nor Suarez are now present at Anfield and with Sadio Mane off to Gabon on AFCON duty, Klopp will be looking for key playmaker Philippe Coutinho to provide some much needed magical inspiration.

Many had him written off as a spent force, but veteran striker Zlatan Ibrahimovic is enjoying a fantastic season and the Swede, United’s top scorer so far with 13 goals and PFA Player of the Month for December, is tipped at 2.28 to score any time in this Premier League fixture.

Ibrahimovic was rested for United’s FA Cup clash against Jaap Stam’s Reading over the weekend and missed the first leg of their League Cup semi against Hull City through illness but is expected to be fit for the Red Devils’ clash against their great North West rivals. 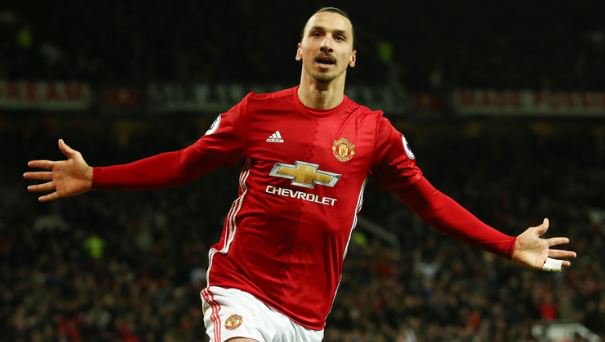 Liverpool’s 2-2 draw against Sunderland meant that they couldn’t take full advantage of Chelsea’s winning streak broken by Tottenham, but the Reds are nevertheless the closest challengers to Antonio Conte’s side- just five behind them. However they could lose that spot to Spurs if the Lilywhites win as expected in their home fixture against West Brom and they go down at Old Trafford.

The Reds are also yet to win a competitive fixture in 2017. Apart from their loss to Sunderland they drew and lost in their Cup ties against Plymouth and Southampton respectively, once again illustrating that their bench strength isn’t quite where manager Jurgen Klopp would like it to be.

When United travelled to Anfield in October earlier this season, the game ended in a goalless stalemate- the first one in over a decade in a competitive fixture between these two sides.