Here is a pic of Brazilian star Oscar in the jersey of his new club Shanghai SIPG after the latter agreed an £52m fee with Chelsea for the transfer of the playmaker. The move will see Oscar link up with former Blues boss Andre-Villas Boas.

Oscar has played 203 games for Chelsea and has netted 38 times in his career for the Blues and has also won the League Cup, Europa League and Premiership during his time at Stamford Bridge.

Oscar will reportedly earn £400,000 per week in the Chinese Super League 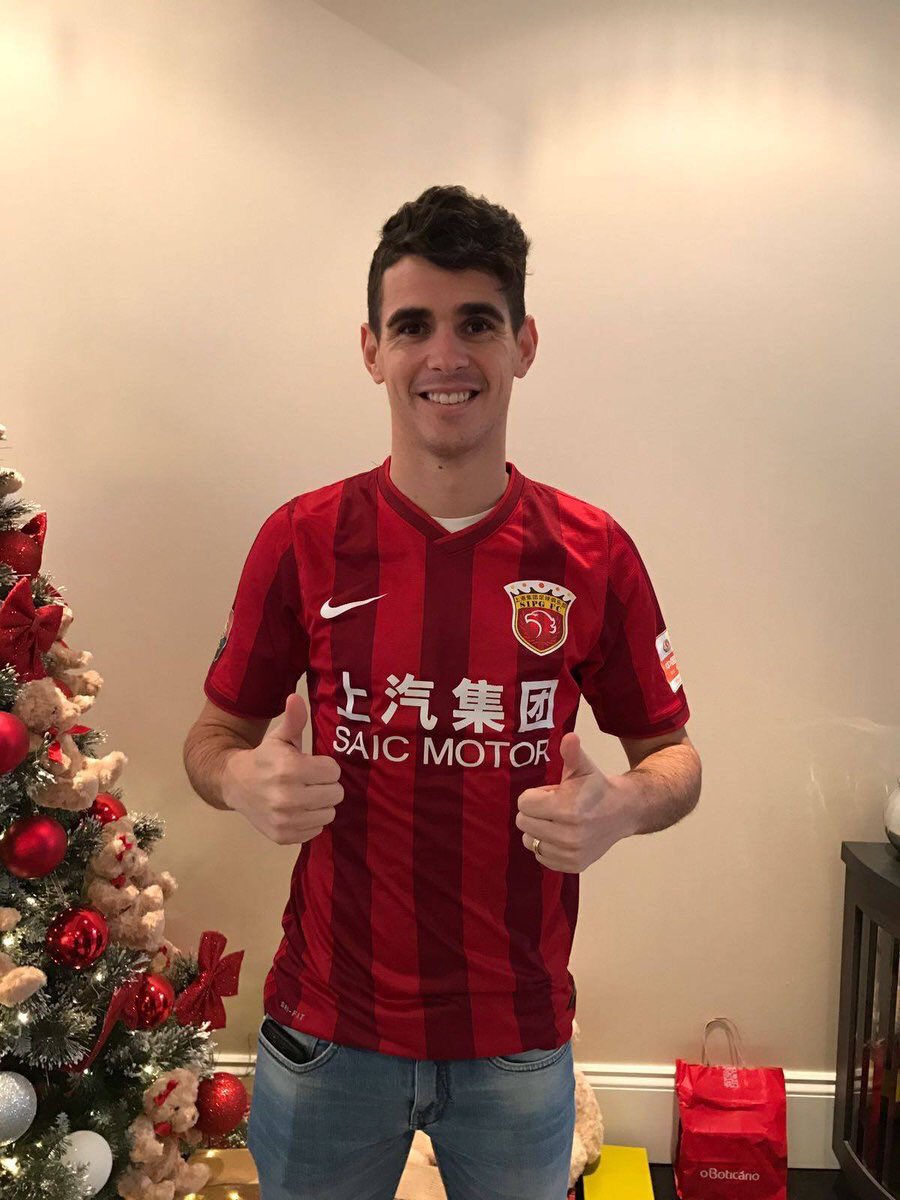