Napoli provided the strongest challenge to Juventus in Serie A in five seasons, finishing nine points off the pace of the champions at the end of 2015-16. The club equalled their best placing in the division since their return in 2008, which was largely down to the goals of Gonzalo Higuain (he scored 36, seventeen more than the next best!). However, the striker appears to be heading towards the exit doot at Stadio San Paolo, despite claims to the contrary by Partenopei president Aurelio De Laurentiis.

The futures of Higuain and his Argentine compatriot at Inter, Mauro Icardi, seem to be linked as we attempt to work out who will go where. 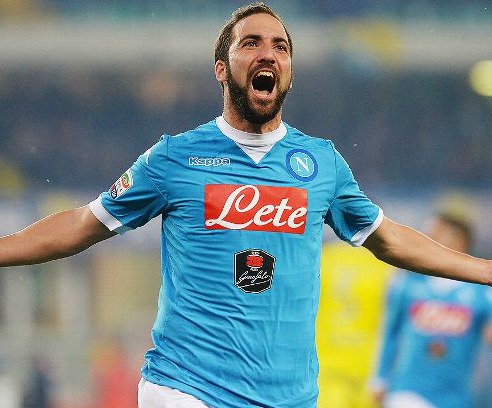 Juventus and Arsenal are both interested in the 28-year-old Higuain and a large bid could well see Serie A’s leading marksman from last season leave Napoli. De Laurentiis is said to be reluctant to sell, but Higuain has a 94.7 million euro release clause in his contract and is also not interested in renewing his contract, which expires in the summer of 2018.

Laurentiis has already rejected a 60million euro (+ two players) bid from Atletico Madrid. Arsenal want to acquire Higuain, but Wenger rarely overspends, and he feels 94 million euros would be too high for the Argentine marksman. However Wenger’s hand may be forced with the start of the season nearing and the Gunners having failed in a public bid to sign Jamie Vardy, who rejected them and chose to ink a new contract with Leicester.

Should Higuain leave Gli Azzurri they would have to work quickly to sign a replacement before the start of the season in their bid to compete for the title as well as the Champions League. Napoli are currently 7/1 in the latest Bet365 Serie A betting odds to claim the title next season, but losing their 36-goal striker could seriously hurt their chances of vying with Juve for the crown.

One player that Maurizio Sarri’s men could target to replace the Argentine should he depart is Inter Milan’s Mauro Icardi, who is reportedly available this summer. The 23-year-old has been outstanding for Nerazzurri since his move to the club in 2013, notching a strike at a ratio of one every other match. Icardi has scored 38 goals in 65 appearances over the past two seasons in the division, despite Inter’s failure to challenge for the title. He has been the shining light at the San Siro (and league top scorer in 2014/15), and would likely be interested in leaving the club to play in the Champions League next term. 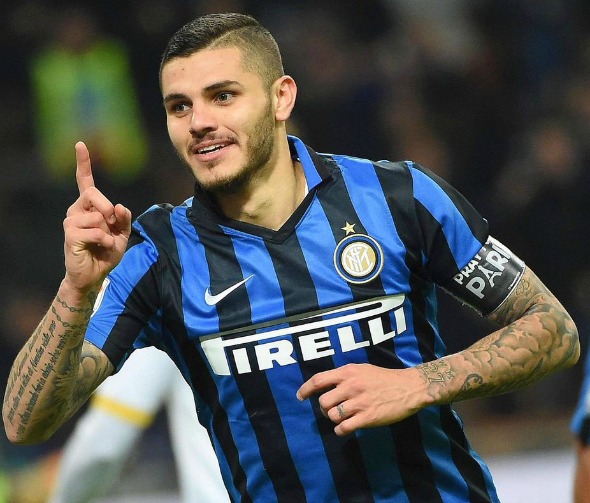 The Argentine would suit the style of Napoli’s play due to the similarities with Higuain, as both players are clinical inside the penalty area and solid in possession in the final third. Higuain was supplied extremely well by Marek Hamsik and Lorenzo Insigne last term, with both players getting into double figures in the assist column. As a result, Icardi would present an ideal option to replace his compatriot, although Inter may not be willing to sell their striker to a prominent rival.

Arsenal are also keeping an eye on Icardi, with his agent Wanda Nara claiming that there are many clubs willing to offer the 23 year old way more than the 4m euros he earns annually at Inter.

An alternative move could fall into Napoli’s lap due to Arsenal’s interest in Higuain, which could open up the possibility of a swap deal involving Olivier Giroud. The Frenchman had an excellent start to the last Premier League campaign for the Gunners, but struggled immensely in the second half of the season, going 15 matches without finding the net.

Giroud’s issues in front of goal halted Arsenal’s challenge for the title, and that may convince Arsene Wenger to move on from the 29-year-old if a deal could be agreed to switch him for Higuain. The striker would offer a different outlet for Napoli as – rather than expose defences with movement like Higuain and Icardi – his physical prowess is one of his strongest attributes which would force a change in style for Sarri’s men, although it may suit the division.

Despite his struggles last season, Giroud’s overall record in front of goal is solid, notching 57 goals in 135 appearances in the Premier League, and supported by Mertens, Hamsik and Insigne he may able to improve away from the scrutiny of the English top flight.

Napoli face a crucial six weeks ahead of them regarding the future of their team, but fortunately for Sarri and De Laurentiis there are good options for them to consider should their star man leave.