Here is a look at the Group E table following Spain and Germany’s 1:1 draw. The Spanish will take on Japan in their final game while Germany will be up against Costa Rica

If Germany win and Japan lose, Germany and Spain will progress

If Germany win and Japan draw, Germany need to win by two or more goals to qualify (because Goal difference is the first tiebreaker)

If Japan and Germany both win, Germany need to score plenty of goals to make up GD over Spain

Another massive upset- perhaps not as big as Argentina v Saudi because Japan have some very prominent players in the top footballing leagues of the world, but definitely an upset. And here is how the Bild newspaper and Kicker Magazine gave their player ratings for Germany Japan 1:2 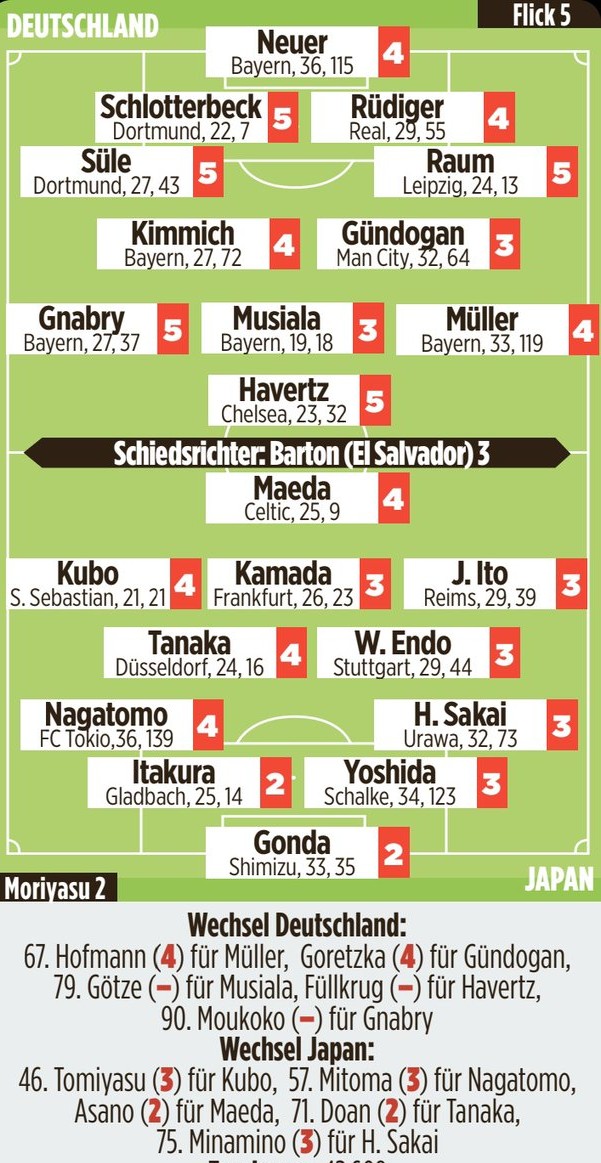 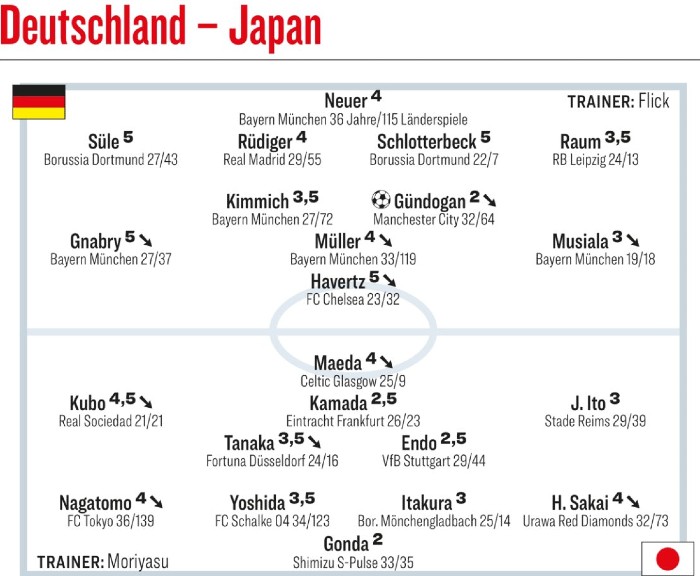 The official starting XI for both Germany and Japan have been released ahead of their WC 2022 opening clash (in infographic form). Somewhat interestingly, both Bild and Kicker had Thilo Kehrer in line to start in their predicted lineups for the game, but Hansi Flick has chosen to play Schlotterbeck as a left sided CB and given Niklas Sule a start at RB. 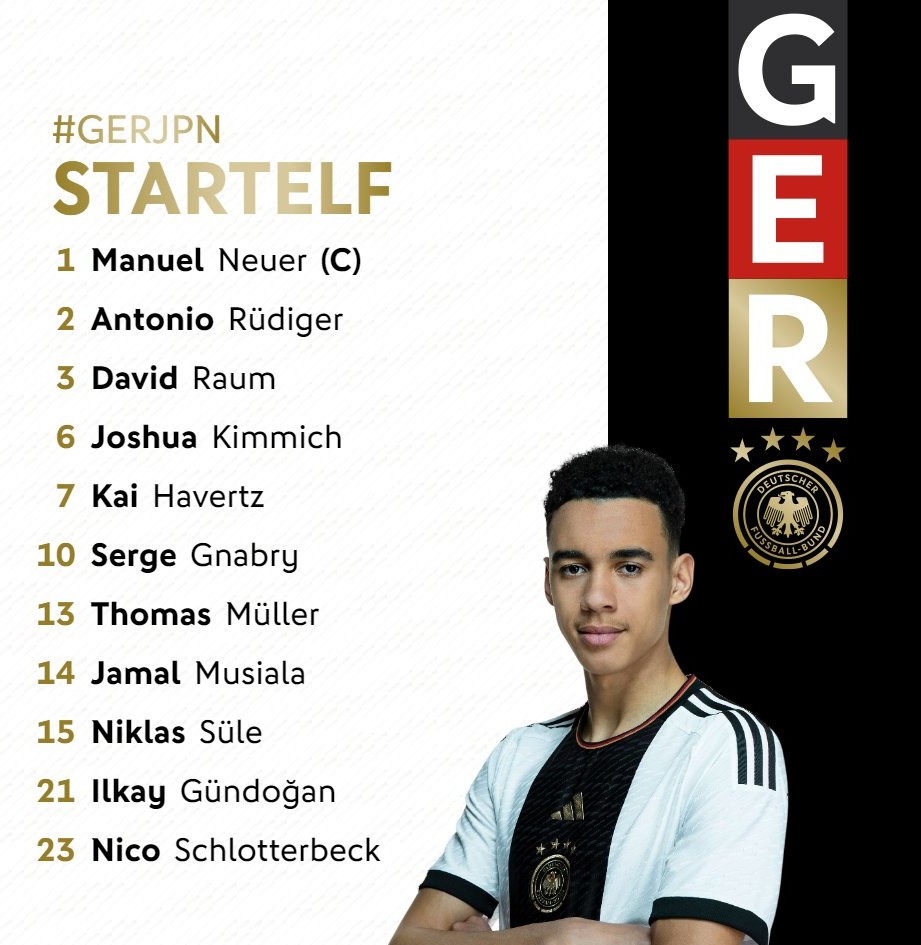