The Bundesliga was reduced to a single representative in the Europa League in the form of Bayer Leverkusen after Wolfsburg and Eintracht Frankfurt both bowed out of the competition at the Round of 16 stage.

Frankfurt were always up against it having lost the first leg 3:0 to Swiss side Basel, and were beaten 1:0 as they were soundly beaten 4:0 on aggregate.

Wolfsburg had slender hopes having lost the first leg 1:2 at home, and the reverse tie in Ukraine was goalless till virtually the last minute before Shakhtar unleashed a triple whammy, winning 3:0 and progressing 5:1 on aggregate.

Leverkusen had one foot in the quarters with a 3:1 first leg victory over Steven Gerrard’s Rangers, and confirmed their spot with a 1:0 triumph in the second leg. However Bayer’s reward for this is a tough tie against Antonio Conte’s Inter Milan. 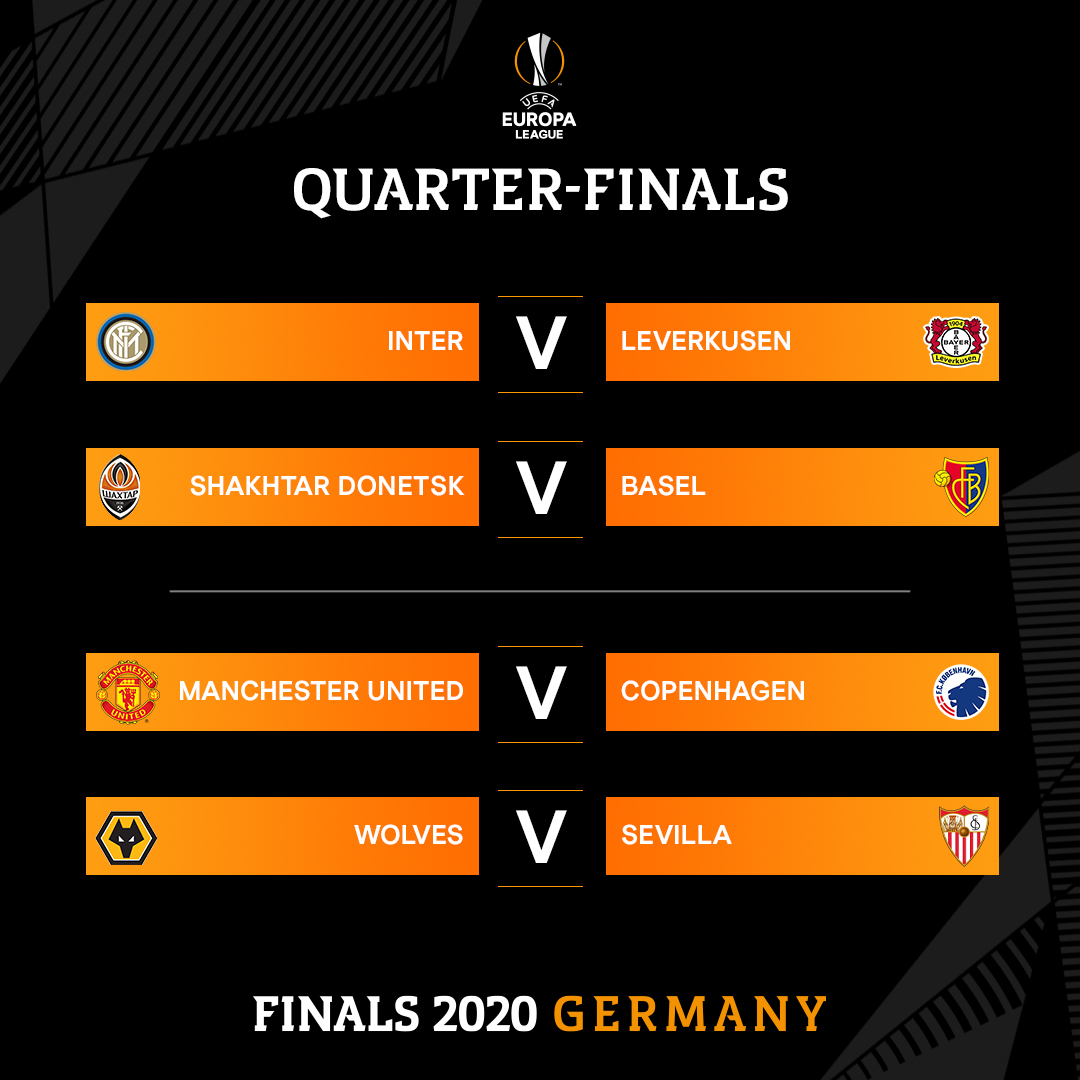 They may have been relegated from the Bundesliga, but Fortuna Dusseldorf have come up with a rather unique away shirt (released today August 4, 2020) that we dare say is perhaps better than some of the other top flight releases we’ve seen so far.

The camouflage design is actually a representation of the Dusseldorf district outline. The location co-ordinates of the Paul-Janes stadion is also located inside the neck. The words “Mit Ecken und Kanten“ can also be seen as part of the neck detailing.

The word Dusseldorf is present on the back, written in the custom “Fortuna Sans” font. 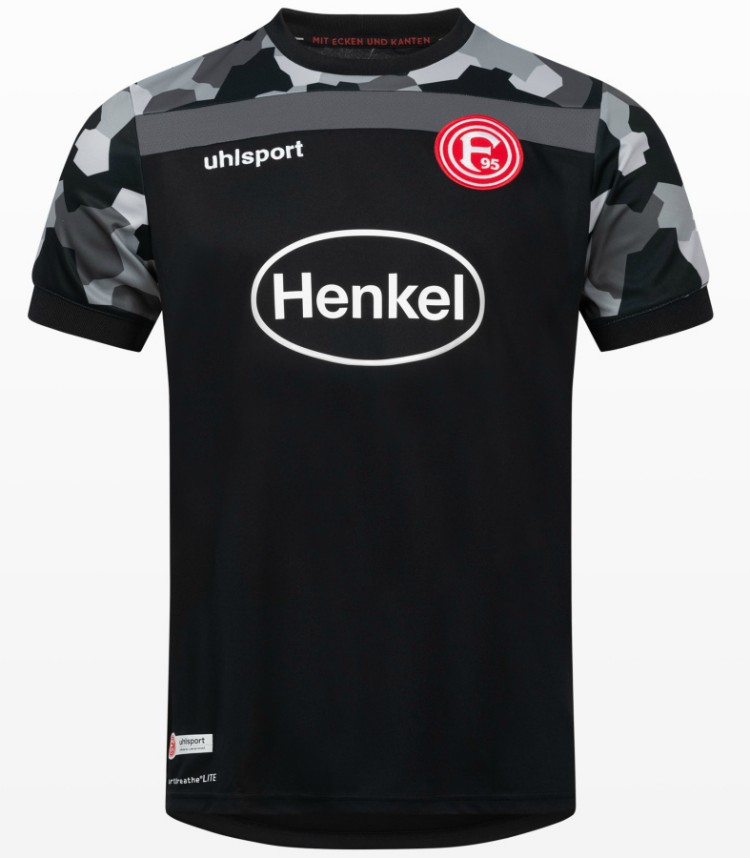 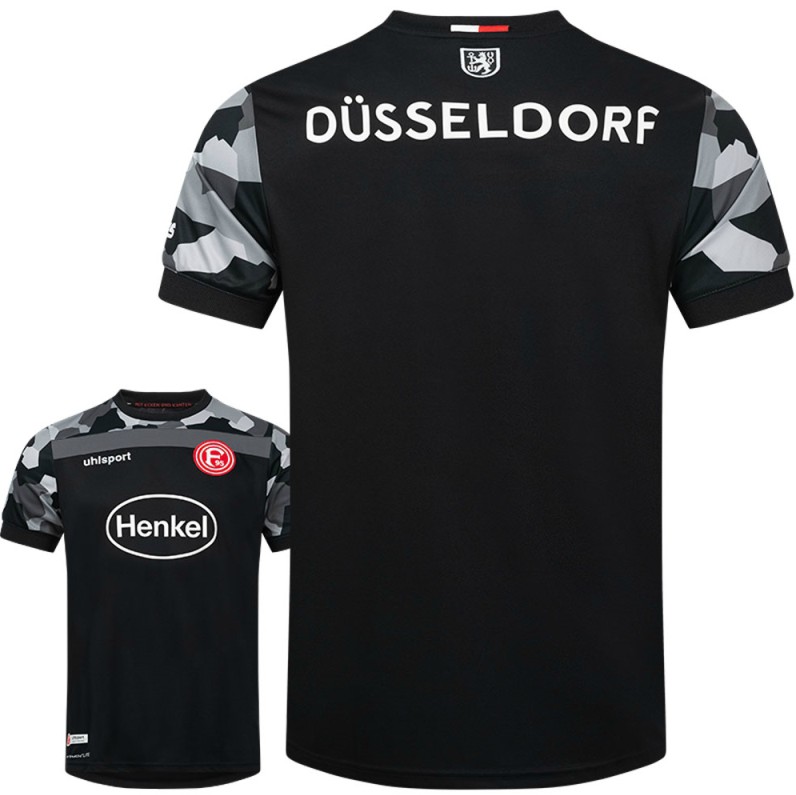 3.Liga side FC Ingolstadt, who narrowly lost in their playoff to FC Nuremberg, have unveiled their new Puma home kit for the 2020/21 season as they again seek to return to the German second tier. FCI were seconds away from returning to 2.Bundesliga before a late injury time goal saw Nuremberg take the tie on the away goals rule. 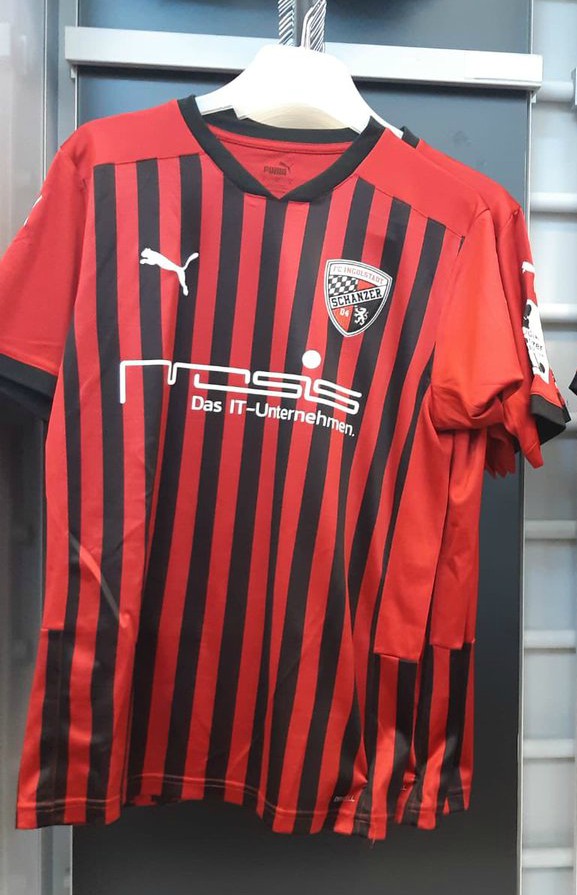 END_OF_DOCUMENT_TOKEN_TO_BE_REPLACED

The German football relegation/promotion playoffs concluded this weekend, and on both occasions, it was the higher division team that kept their league status intact. In both cases, the higher ranked team won on the away goals rule.

The first one saw Werder Bremen take on Heidenheim. The first leg in Bremen ended in a 0-0 draw, and the second one saw late drama (two penalties in second half extra time), before finishing 2-2.

The 2.Bundesliga v 3.Bundesliga playoff was even more entertaining. Nuremberg seemed to have had it wrapped up after winning the first leg 2-0 at home, only to go down 3-0 in the return leg against their 3.Liga opponents. However Fabian Schleusener played spoilsport for Ingolstadt by grabbing an injury time goal, which made it 3-1, and saw Nuremberg take the tie on the away goals rule.